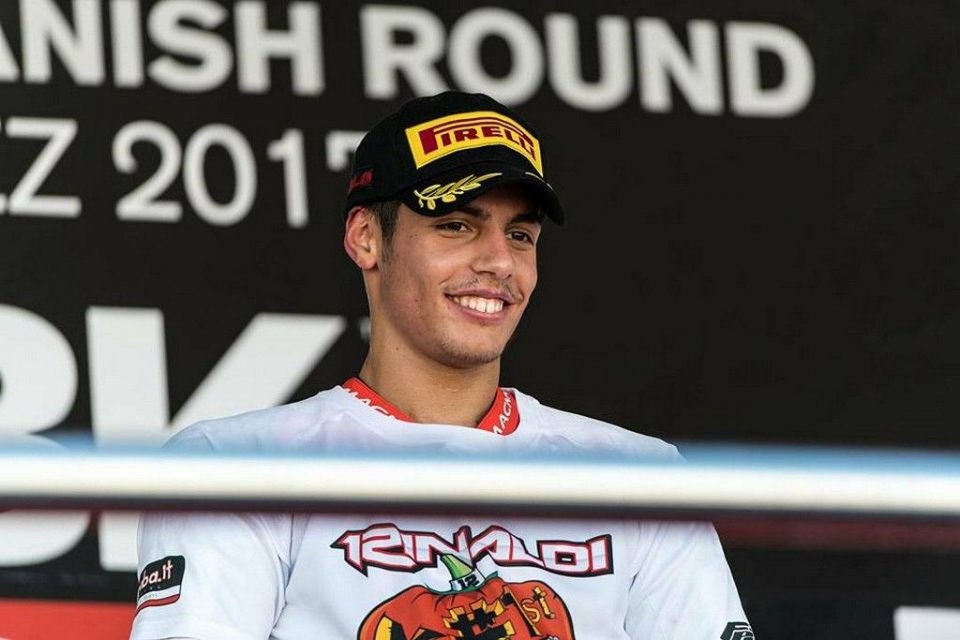 In 2018, Michael Ruben Rinaldi will début in Superbike with the Superstock title won this year in a difficult, but victorious season and he reminisces about the lowest and highest moment of it: “The worst memory is the Portuguese weekend at Portimão - the rider who previously wore number 12, now 21 recalls - Because it was precisely on the Algarve track where I had a lot of difficulties, finishing the race ninth. Nevertheless, I had various very good moments to remember, talking about the Imola win - on Ducati’s home pitch - and the win on the German Lausitzring track, with my teammate Mike Jones finishing second for an all-red celebration.”

The battle stayed alive until Jerez, where the championship was still open: “But lifting the winner’s trophy up over my head was a great joy - Michael continues - and it was also liberating. Winning the championship was my goal and the entire team’s goal. Succeeding completed my Superstock experience in the best possible way.”

Now Superbike awaits. Is it a significant leap?

“Very significant. From Stock to Superbike, the differences are enormous from every point of view. Speaking of the bikes, I can say that a Superstock bike is much simpler to ride and set up. With the Superbike - better equipped in terms of electronics and in the maximum torque and engine power values - finding the ideal setup is essential, because the possible combinations between frame and suspension are greater and it is easy to go down the wrong path. And then there are the tyres: with the Pirelli slicks, you can go to the limit and beyond, but you have to know them. I’ll have a great team on my side that will help me in my job and in my growth as a rider.”

Rinaldi will only race in the European rounds, skipping the 5 scheduled outside of the Old Continent: “For this year, this is the plan - he specifies - and I’ll give it my all to do my best. I am well aware that I can count on a strong and well organised team and it is thanks to the guys that I will try to be fast and consistent, considering the two races scheduled for every championship weekend.”

In Jerez you did your first test. What impressed you the most?

“The riders. Compared to the average level of Superstock participants, the Superbike riders are all strong and have a lot of experience. They pay attention to every detail, from race strategy to tyre wear. From Superstock to Superbike, there is less instinct and more technique, besides a higher base speed that each rider can express.”

On at least 8 occasions, you will share a garage with Davies and Melandri…

“I have great respect for Melandri. He won a 250 championship title and, when he was contending for podiums in MotoGP, I was racing minimoto bikes. Melandri’s experience is enormous, because he has done well in every category and in Superbike too. Chaz Davies has ridden the Ducati for many years. He takes it to the limit and knows all the secrets of the Panigale R. Both Marco and Chaz are high level riders and I want to learn from both, taking advantage of them being in my garage and always trying to be faster.”

Do you think that Rea will be the man to beat again?

“Johnny is the most competitive Superbike rider and the fastest in the factory derivative championship, partly because he has a technical package that allows it. Rea will certainly also be the man to beat. He has won three consecutive titles and he will try to make the fourth his too. My goal, being on the same track with Rea, is to learn from him too.”