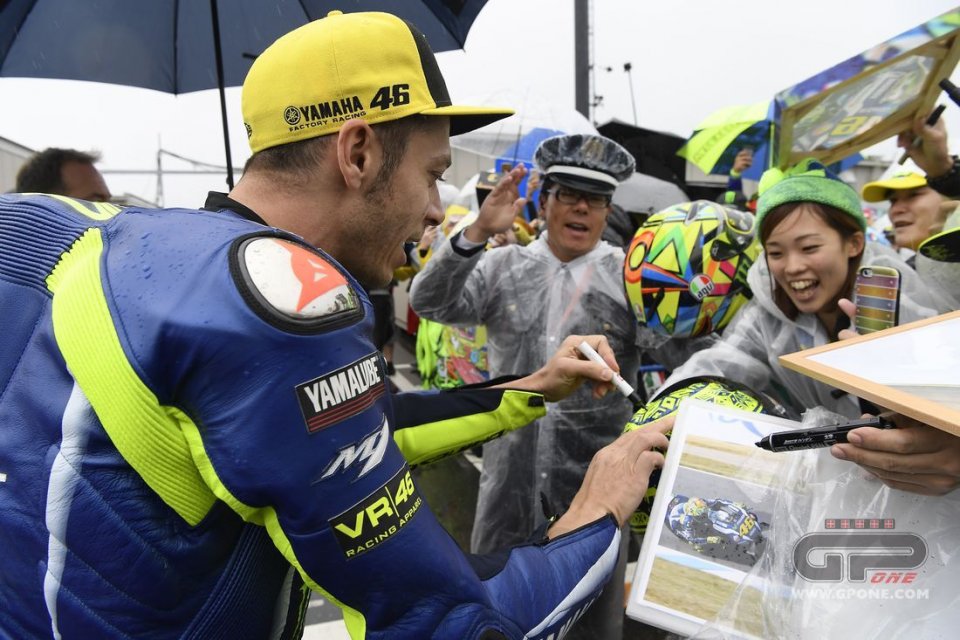 In Italy, sport is synonymous with football and whether you like it or not, it is these ball players who have the greatest visibility and the biggest following. It is therefore great to hear that we motorcyclists are fighting back, thanks to Valentino Rossi.

The Osservatorio Social Vip studies the impact that famous Italian personalities (across sport, showbiz, journalism and politics) have on social media and compiles a classification each year, one which considers the celebrities various Facebook, Instagram and Twitter accounts.

For 2017 it's Valentino who takes first place with a following of 23,521,084 across the three platforms. Rossi beats them all on Facebook, with more than 13, 400,000 people who follow him, and on Twitter, where he has almost 5,500,000 followers (700,000 more than last year). On Instagram he places fourth, with Balotelli topping that particular classification, thanks to more than 6 million followers, while Rossi has a little over 4,600,000.

Looking at this classification of sportspeople, the Doctor is the exception among a veritable throng of footballers, with Balotelli, Pirlo, Del Piero, Buffon, El Shaarawy, Ancellotti, Marchisio, Chiellini and Veratti rounding out the top ten most-followed athletes.

Another small satisfaction for two-wheel fans comes in the shape of Andrea Iannone, very active on social media and placing 20th in this classification.

Valentino also takes first place in the overall national standings, confirming just how well-loved and followed he is.

Redding vs Bautista: clash on social media for the minimum weight

Social media can be a problem: Fabio Quartararo takes a break