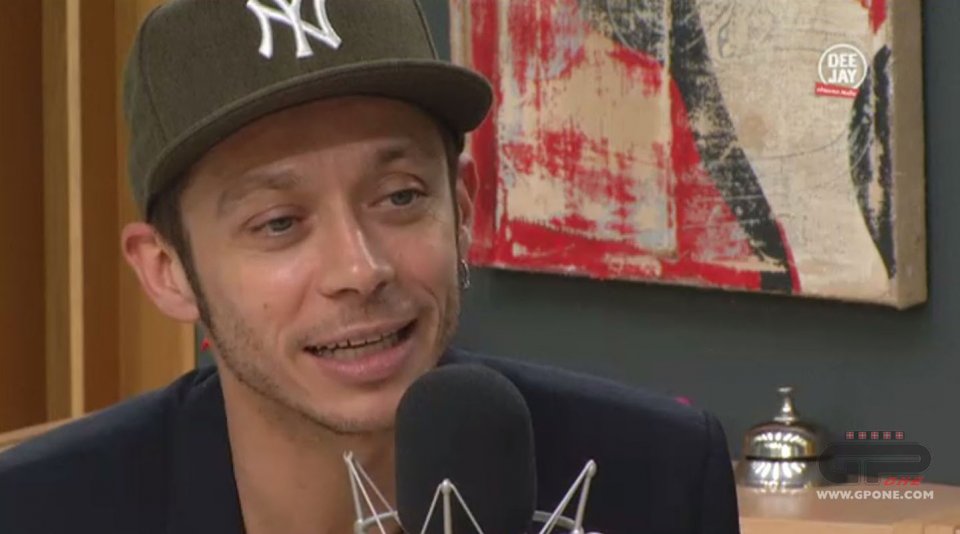 Promise kept! On the eve of the Monza Rally Show, Valentino Rossi was a guest, as he was last year, on the Deejay Chiama Italia radio show hosted by Linus and Nicola Savino in the Milan studios. The Doctor chatted for about a half hour, talking about various interesting MotoGP facts and exchanging banter about last season and his future.

The nine-time world champion began with the race on Sunday and the tension that could be felt in the air: “You are frightened in those moments – number 46 revealed – The fear begins to rise already around midday, when Moto2 starts and anyone who says differently is not very honest (he smiles). In fact, you are afraid of getting it wrong and making mistakes.” There was also a jab straight away at Zarco, who was compared to an F1 driver for the occasion: “Verstappen is like Zarco, neither one of them ever brakes (he smiles). You have to move to the side with him, because the danger is that both of you will end up going out.” Linus baits him by mentioning Iannone who, according to the rumour mill, has recently broken up with Belen: “Andrea should be more serene now (he jokes).”

Beyond the track, the Doctor looks toward the future. In fact, during a recent interview he expressed his fear of the day when he will have to hang up his crash helmet: “I am afraid to quit – Valentino remarked – When I stop racing on the MotoGP bike, I’ll still have 10 years to race cars, for example in rally racing, but on the track too.” The Doctor has a dream tucked away: “I would like to compete in the 24 Hours of Le Mans – he revealed – Alonso is there too (boyfriend for about a year now to Rossi’s ex, Linda Morselli), maybe we’ll race together, that way we can go out to dinner in the evening (he jokes). As long as I am competitive, I will definitely want to race, since it is a great commitment.”

The dream of his tenth title is more alive than ever: “In 2016 I could have done it, but this year it was more difficult – he analysed – It will all depend on me and on the bike. Now Yamaha needs to make a leap forward in quality – he warned – Maverick and I did a lot of hard work and now the ball is in their court and the Japanese will have to work on the frame and the engine.”

Besides the M1, they also talked about the rather tough adversaries encountered on the track over these past 20 years: “Marquez is very strong, but so are Stoner and Lorenzo – I’d say these three.” Rossi is then asked about the Majorcan’s season “The Ducati is a difficult bike to ride, especially if you raced on the Yamaha first – he explained – They are two opposite bikes, although Jorge got competitive later. Now the ‘Red’ is fast. We saw Dovizioso, but also Jack Miller in the Valencia tests. I’m afraid that in 2018 Lorenzo will be fast.”

The last comment had to do with Luca Marini’s brother who is also at this edition of the Monza Rally Show: “We call him Marinovic, the Russian driver, because he is cold, calm and collected, but at the same time he is also tall and he doesn’t let his emotions betray him. We have a good relationship and we share a passion for challenges.”