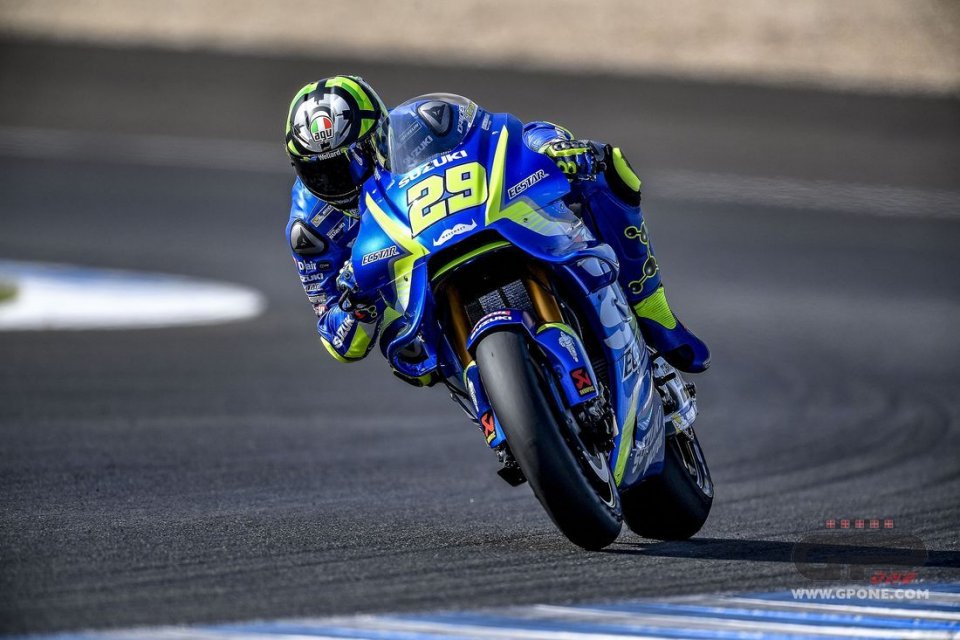 Looking at the Jerez timesheets, the changes made by Dorna to “normalise” the performance of the Kawasaki in SBK don't appear to have been very effective. Thanks to a record lap completed this morning, Jonathan Rea projected himself to the front of the pack, MotoGP bikes included.

His 1’37”986 (just 3 tenths slower than Dovizioso's best time of yesterday, set in the afternoon) remained the quickest time of the day and Johnny (as well as Sykes, 0”340 behind his team-mate) can go on holiday safe in the knowledge that his rivals are still left chasing.

Rea was extremely quick and we're sure that his performance will cause a lot of chat among the fans, but Iannone did equally well. Andrea completed only 33 laps today, having already tested the material brought by Suzuki over the previous days, but was nevertheless able to set a 1’38”030.

The Maniac is pleased: “over these 3 days of testing, we have collected very important information and now we need to start working with the data. We've done a good job and understood many things, there are still some bike limits to solve but we have clear ideas as to how to do this. The ball is now in the engineers' court”.

The 2018 version of the GSX-RR is a new breed, as proved also by Rins, who closed just over 3 tenths behind his team-mate. Ahead of the Spaniard was Pol Espargarò, who continues to make progress with the KTM, two tenths slower than Iannone, while Smith finished more than 6.5 tenths back.

Continuing with the MotoGPs, fourth goes to Petrucci with the prototype Desmosedici, 0”577 from Iannone, while Miller, on the GP17, finished almost a second back. Steps forward for Scott Redding on the Aprilia, 0”748 from the front.

Back to SBK, Rea and Sykes were really on another level this week, and Alex Lowes, who also set his best time this morning, closed more than 6 tenths behind, while Forés finished 1”398 back and Melandri 1”591 with riders clearly focusing on other aspects rather than outright speed. 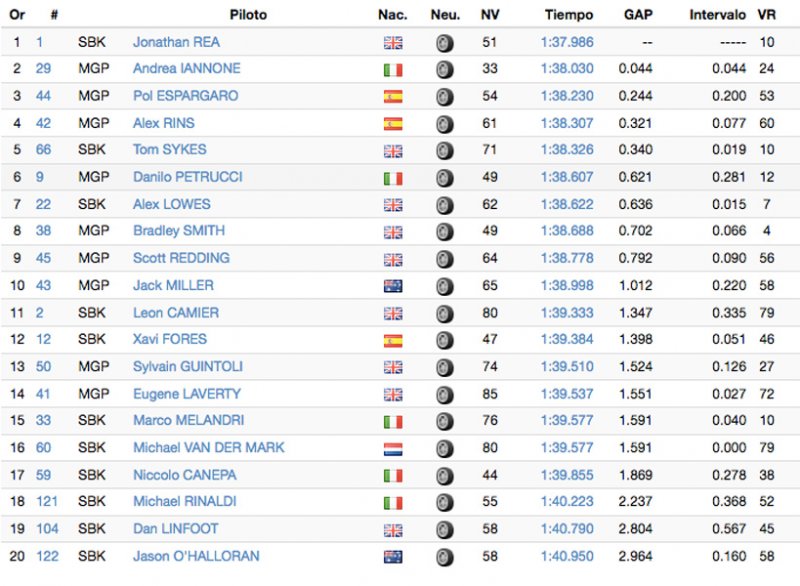