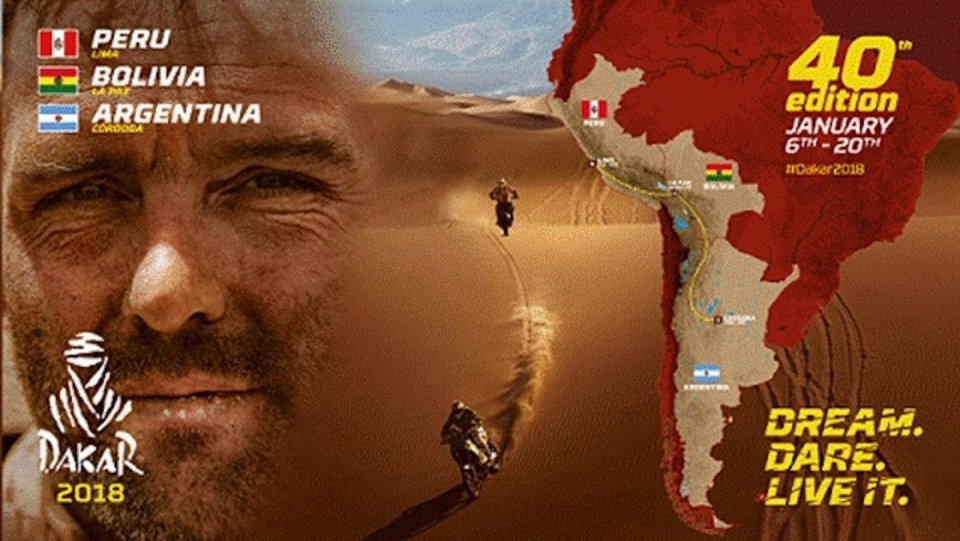 The Dakar readies its weapons ahead of the 40th edition, which will start on 6 January from Lima, Peru before concluding on 20 January in Buenos Aires, Argentina. The 2018 edition was officially presented in Paris yesterday, an event that, as well as making motorcycle history, remains timeless.

“Whether it's Africa in the late 70s or today in South America, those taking part in the Dakar are all inspired by the same passion for adventure and thirst for discovery – declared director Etienne Lavigne - for this exceptional edition, we have devised a schedule that will satisfy the expectations of participants keen to know more of the Peruvian desert, already explored 2012 and 2013”.

The dunes of Peru will serve as the riders first test, before they reach Bolivia, 3000 metres in altitude. The later stages will take in Argentina: “The Super Fiambalá (Belén-Chilecito), which coincides with the second part of this marathon stage, could be fundamental, particularly due to the torrid temperatures of the region - underlined Marc Coma, the race's sporting director – we're sure that all participants will appreciate the route”.

9000 km to cover, 4500 of which will be timed against the clock. The chase to catch the KTM of Sam Sunderland, winner of the last edition, thus begins. Team Honda will be trying with Joan Barreda, as will Yamaha. There's also an Italian troop headed up by Alessandro Botturi.