Ben Spies will return to racing, taking part in the American enduro championship as we wrote yesterday, but he came close to returning to his first love, the Superbikes. The Texan was one step away from competing in the MotoAmerica championship, that which used to be called AMA and that he won on three consecutive occasions between 2006 and 2008.

The story may not have a happy ending, but the prologue is fascinating. “Several months ago we were contacted by our North American subsidiary - reveals Ducati Corse sporting director Paolo Ciabatti - They were in touch with Doug Chandler and wanted to know whether we would be able to provide bikes to a team in the MotoAmerica series”.

The Californian, who rode in 500 in the early 90s with Yamaha, Suzuki and Cagiva, was hoping to create a top-level outfit and race with the Panigale, which he would have entrusted to Spies.

“Ducati North America told us about Ben and we liked the idea of the project - continues Ciabatti - The bikes racing in MotoAmerica are very similar, in terms of spec, to those in WorldSBK and we consider it a very interesting championship. Ducati, due to its size, can't get directly involved in the American championship but we were ready to help a top-level team”.

And that's exactly what Doug had in mind, also because it takes a decent budget in order to be able to do well in that championship, we're talking upwards of at least 2 million dollars. The rider was there, Spies was keen and had already begun contacting some of his old mechanics to involve them in the project.

In terms of sponsors, there was talk of a large Californian wine-making company. However, last month saw fires devastate the Golden State, burning many crops, including vineyards in the Napa Valley, where many of the most prestigious wines are produced.

This seems to be one of the reasons behind the breakdown of the project, with a main sponsor forced to deal with issues more important than racing. The project thus ground to a halt.

“There has been a delay in defining the team and, as it stands, scheduling to supply material for next year is still possible, but critical ” confirms Ciabatti.

In other words, if Chandler were able to solve the puzzle in the near future, he may still be able to start in 2018, otherwise he'll need to postpone the project until the following year. Even in the best case scenario, Spies is no longer available but two Supersport riders, Jody Barry and JD Beach, have also been contacted.

If the project were to go ahead next year, the team would have the Panigale twin for 2018, and then the new four-cylinder for 2019.

A happy ending is still possible, we might just have to wait a few months. In this way, Ducati would make a return to racing in America after having left the AMA series in 2006. The red bikes won in the USA in 1993, with Doug Polen, and in 1994 with Troy Corser. Perhaps it's about time they blew the dust of their Stars and Stripes flag. 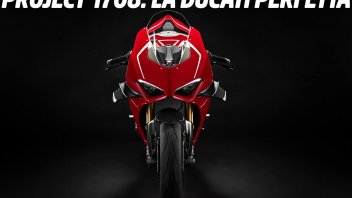 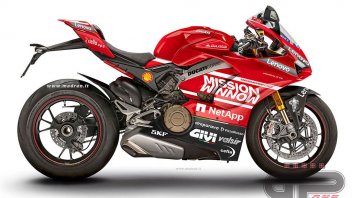