The sun has now set on the “Riccardo Tormo” track in Valencia, meaning that day two of Moto2 and Moto3 testing has run its course. It's difficult to draw any conclusions about the upcoming season at this early stage, but certain riders have really stood out.

One of these is undoubtedly Francesco Bagnaia who, after proving to be one of the fastest at Jerez, confirm that performance at Valencia. 1’34”949 his best time, the outright fastest time set during this two-day test, a few thousandths quicker than the pole time set a little over a week ago by Alex Marquez. “Four really positive days' work, where I've been able to improve in each session and where all the modifications made have brought positive results, despite the lack of grip at this track. Our pace was really good and also the time attack, where I struggled last year, has been better. Now it's time for a holiday, before we get back to work”.

Just 0.020 behind the Italian is the most recent race winner Miguel Oliveira, with Alex Marquez rounding out the top three; there are still a few months to go before the 2018 season gets underway, but these three riders have already shown their stuff. Behind them is another possible title contender, in the shape of Hector Barberà, in fourth place (+0.431), followed by Brad Binder and Luca Marini: the second team Sky rider completed 84 laps, closing around half a second from the front.

Seventh for Xavi Vierge, followed by Sam Lowes, Iker Lecuona and Lorenzo Baldassarri. Twelfth for Mir, who closes less than eight tenths from the front, while Romano Fenati finishes his second test in 18th place, just over a second from Bagnaia.

The young Moto3 riders were also out on track, the fastest of whom proved to be team Leopard's new rider, Enea Bastianini, with a best of 1’38”757. The two Estrella Galicia team riders, Canet and Alonso, close second and third. Fourth is yesterday's frontrunner Martin, followed by Lorenzo Dalla Porta, Andrea Migno and Fabio Di Giannantonio. 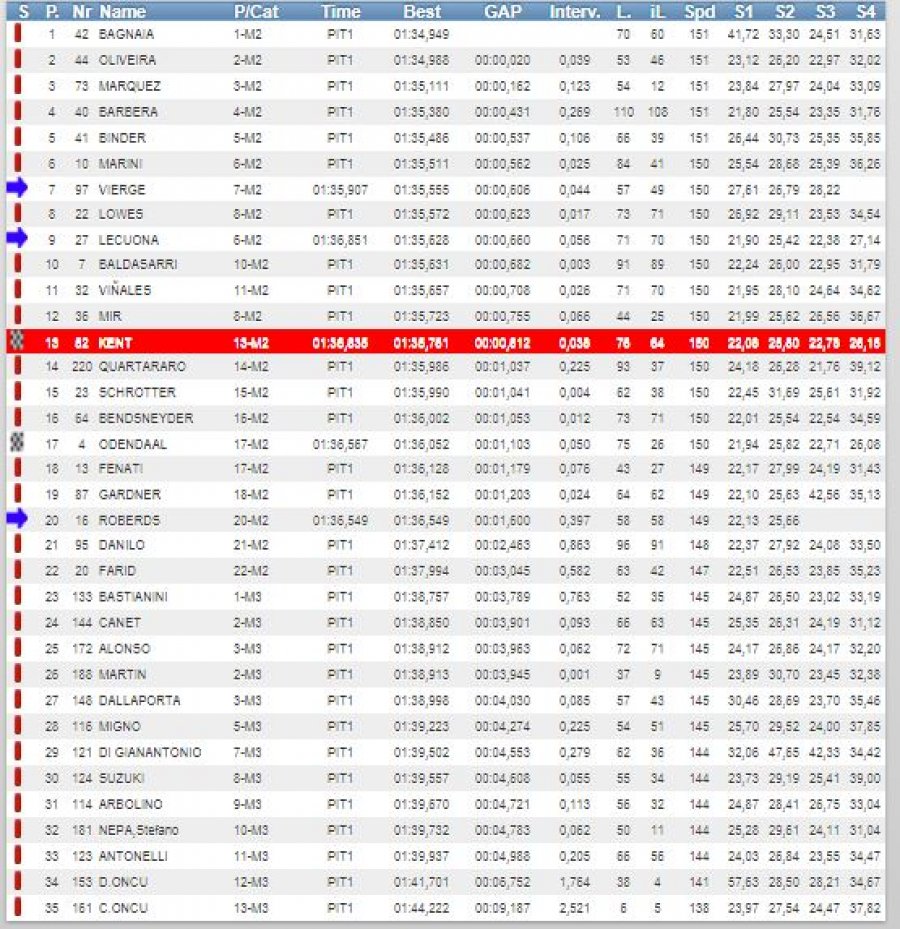