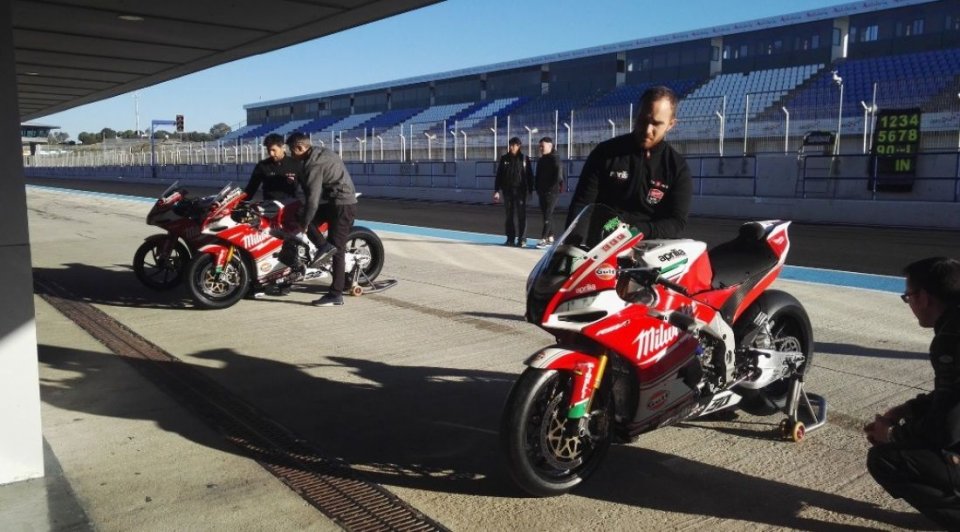 The curtain goes up on 2018 at Jerez. As of 10am, some of the WorldSBK teams are out on track to ready their weapons ahead of the new season. The factory Kawasaki team is in action, with three-time champion Johnny Rea and team-mate Tom Sykes, as well as the ZX-10R bikes of team Puccetti, where the spotlight is on new-entry Toprak Razgatlioglu. We mind you that the Turk has already had chance to test the new bike during sessions at Portimao in September, tests in which he was able to build confidence.

Alongside him in the garage in Yonny Hernandez. The Colombian rider, after eight seasons in the MotoGP championship and, more recently, in Endurance races, has decided to seize the moment. He will use this test to evaluate the bike and decide whether or not to take part in the 2018 championship.

Another 'new' face in Spain is Loris Baz, who returns to Superbike on team Althea's BMW, having concluded his adventure with Avintia in MotoGP. A new year and new team for Jordi Torres too, who officially embarks on his MV Agusta adventure, taking up the baton from Leon Camier.

Also testing at Jerez is the Milwaukee team, with Lorenzo Savadori and Eugene Laverty. These five teams inaugurate the 2018 season, before handing over to Ducati, Yamaha and Honda from Wednesday.

It is sure to be an interesting week, in that teams and riders will have a first opportunity to get to grips with the new regulation, which foresees a reduction in revs. A decision that will particularly affect Kawasaki, forced to drop below 14,000 compared to the 15,000 of this year. We'll see what the engineers have to say. Day one will conclude at 6pm local time.