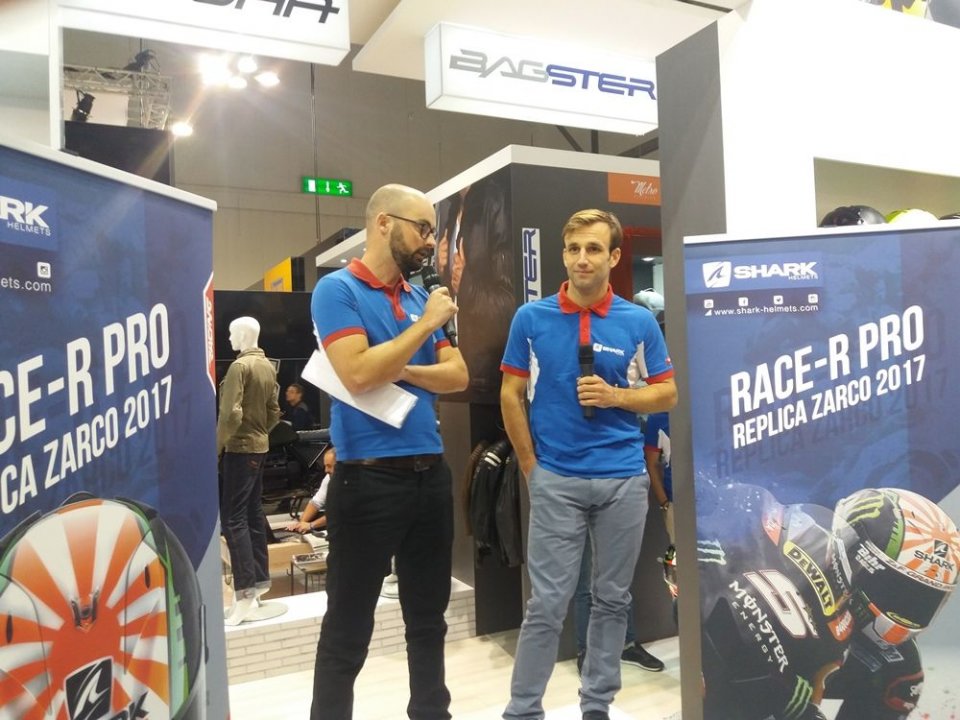 Johann Zarco also treated himself to a visit to EICMA. During the morning, the French rider was a guest in the Shark stand and in the evening he will fly to Valencia to race in the last round of the season. The team Tech3 rider, fresh from his podium finish at Sepang, is heading to the conclusive round of the championship charged up and determined.

“I’ll take on this race like I always have – he began – My goal is to be competitive from the start and battle for the podium.”

In this 2017 season, Zarco and Dovizioso were the revelations of the top class.

“Unfortunately, I’m not in the battle for the title – he reminded – The thing that counts the most is to have achieved the goals I had set at the start of the season.”

Zarco looks at the present, but also to the future with clear goals for 2019.

“My dream is to become World Champion and if I want to do that, I absolutely need a factory bike.”

This season he has already been on the podium twice, so now he is missing the top step.

“Winning is a goal that I want to reach, but I know that that will come even without being in a hurry.”

Besides bikes, the Frenchman has other passions.

“I am a huge music fan – he pointed out – I love to play the piano and listen to Paul McCartney at the same time. Sometimes I listen to his music at the track before the race.”

In the meantime, he has become an icon of motorcycling in France.

“I am very excited to be a point of reference in the two-wheel world – he admitted – In my country there was not a lot of enthusiasm for this sport, but now it is growing.”

His final comment is about Franco Morbidelli, the next rider to make his début in the top class. We wonder if the Roman from Tavullia will astonish like the Tech3 rider has.

“We’ll have to see – Johann concluded – Franco has grown a lot in Moto2, but I don’t know if he will be able to be as fast as me in a short period of time. If he doesn’t manage straight away, he will be in the coming years.”