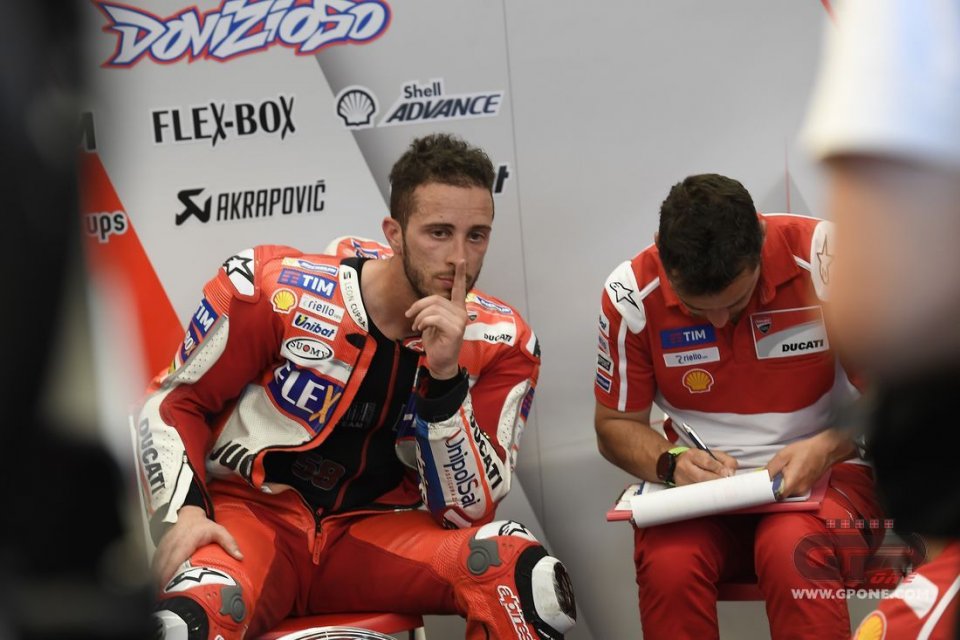 The fans accompanied him along the pavilions at the show, asking him for photos and autographs and at the same time giving him words of encouragement for the last duel. Before flying to Valencia, Andrea Dovizioso took some time for a quick visit to EICMA, stopping at the Suomy stand. On Sunday the Italian will contend for the title in the premier class and expectations grow as the hours pass.

“I am enjoying this moment – the Ducati rider said – The people around me are more tense than I am, for example my father or my girlfriend, since contending for the title is something fantastic. If I hadn’t managed to get this far, it would have been a regret, but instead this moment will be with me for my entire life.”

In Spain, the Italian will have to make up the 21 points that separate him from Marquez.

“We need to be realistic – he said – Bringing home the title will be very difficult, but the battle is still open and we need to stay focused to win. In order to succeed we will need to be competitive straight away – he added – If we are unsuccessful, I’ll try again next year. The important thing is to have taken a lot of steps forward with Ducati.”

“The win in Austria gave me great awareness – he pointed out – Marquez is someone who always has a go. On the track the duels have been hard, but they were also fair, managing to win even at times when we were not as strong.”

One thing is certain: the Italian rider is one of those who never give up.

“It’s incredible because against Marquez it is not at all easy – he commented – As we all know, he is a very strong adversary and very difficult to beat.”

The gap that separates Andrea from the top is not small. Performance in Australia weighed heavily on the championship, but he prefers not to make excuses.

“During the triple-header we were able to take two wins – he recalled – The missing points are not just the ones from Australia. In Argentina I didn’t leave any points behind either, but the same is true for Marc, since at Silverstone he blew an engine and he probably would have taken 25 points home from there.”

Dovizioso then steps out of his leathers and puts on his teacher’s outfit to give himself marks.

“Up to this moment I would give myself an A+ anyway – he revealed with a smile – The second place in Qatar was encouraging, but the turning point came at Mugello. On that occasion we worked well and with peace of mind.”

His final comment has to do with the team orders that have been so widely discussed over the past weeks.

“Fortunately, we do not have radio communication with the garage in motorcycle racing – he reminded – Once the red light goes out, everyone is alone and on their own. No one in the Ducati camp had spoken to me at Sepang about any possible orders – he recalled – Also because on the final turns, Jorge and I beat the lap record. I did not expect Lorenzo to be so competitive, but I stayed calm and ready.”