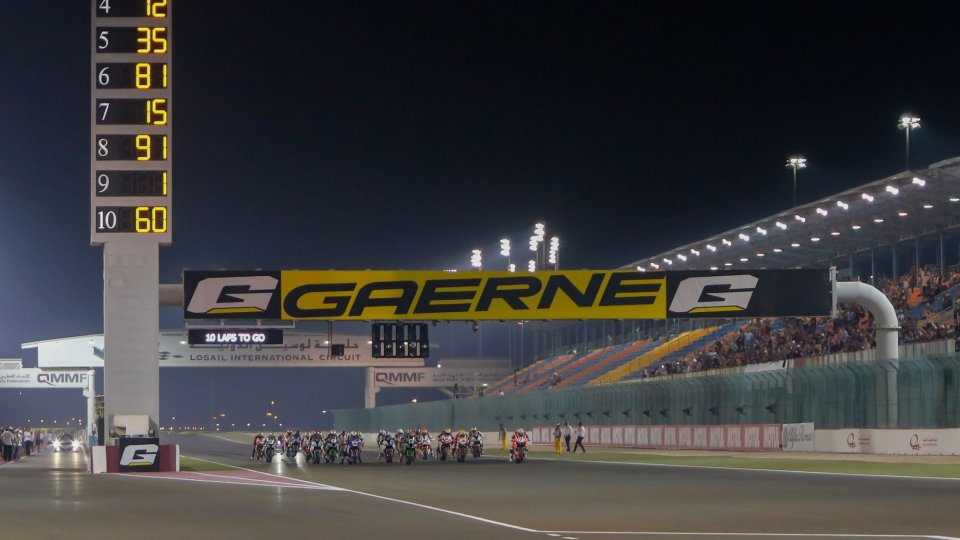 What else can we say at this point? Not a lot. A season that was more or less written from the outset will draw to an end in Qatar. Johnny Rea didn't even leave his rivals with crumbs, dominating throughout the season. The Losail night race will be yet another parade for the Cannibal, the start of a triumphant 2017.

The Kawasaki rider does have one last goal though, to beat the championship points record. This belongs to a certain Troy Bayliss, with 552, while Rea currently holds 506. Just 46 points separate the two riders and if the three-time champ can put together a double win, he'll make history.

Let's not forget the fight for second place in the championship, with Tom Sykes and Chaz Davies both on 363 points. Let's be clear - we expected a lot more from the pair, while Rea forced them to play the part of supporting actors. Losail is the decisive round for numbers 7 and 66 with Marco Melandri playing referee.

In Qatar we are sure that Yamaha won't want to miss the chance to reach the podium and further demonstrate the growth of the R1, while Davide Giugliano will be wanting to show Honda he's the right man for the 2018 team, alongside Camier. The Losail weekend will be the last time we see Leon on the MV Agusta, before he moves to the Fireblade SP2. He will surely want to go out on a high.

As well as the reigning class, Supersport will also be in action. The fight for the title is between Lucas Mahias and Kenan Sofuoglu, separated by just 20 points, in the Frenchman's favour. The Turkish rider, despite having fractured his hip one month ago at Magny-Cours, has decided to travel to Qatar with the aim of heading out on track.

He will have to wait for the doctors' OK though, and if he doesn't get it, the Frenchman becomes champion as was the case with Franco Morbidelli in Malaysia.