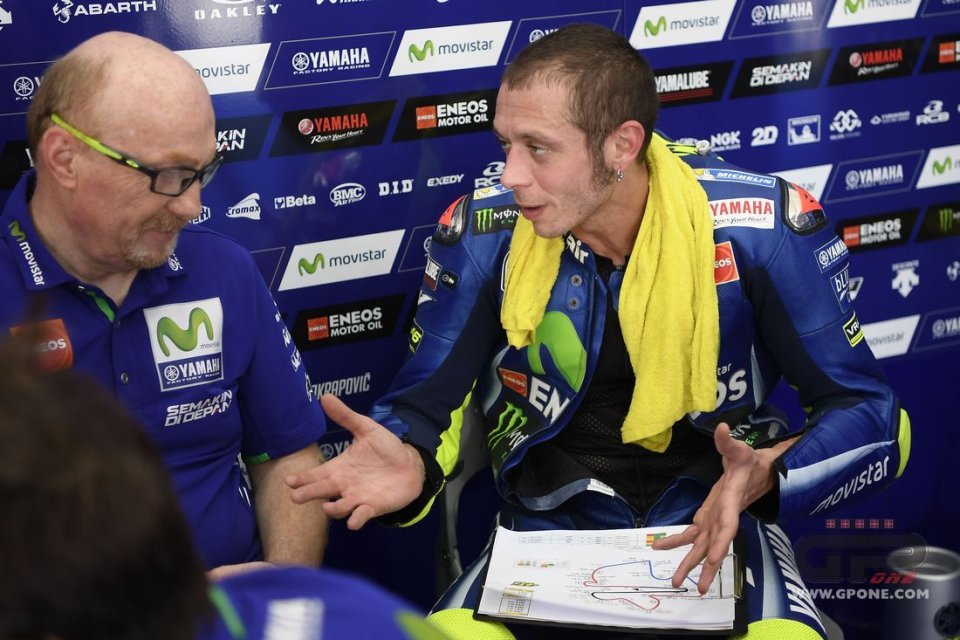 The ghosts from your past never really completely vanish. Sometimes they stay hidden and you deceive yourself into thinking they’ve been forgotten, but at the right moment they reappear. If you talk about Valentino and Sepang, it is not hard to think back to what happened in 2015, the argument and then the on-track episode with Marquez.

And so, when a Spanish journalist asks him if that might come to mind during the race tomorrow, Rossi replies with mild sarcasm. “What did Marquez do here two years ago? And at Phillip Island? Explain it to me - was the first shot - He has always said that he didn’t do anything here, so I will do the same”, came the final blow, accompanied by a laugh.

Then the Doctor get serious again, “All joking aside, my goal is to battle for the podium and ride my own race. That is what I have always done throughout my career.” And here he ends the discussion, without taking it any further.

He talks about the podium and after the progress made today, it does not seem farfetched.

“This morning I felt good on the M1, but we kept working because the level of the leaders was very even - Valentino explains - I think that tomorrow there will be 7 riders with a shot at the podium, if not for the win. I’ll start from the 4th spot on the grid and that isn’t bad. I did a good lap in qualifying.”

But it is still not enough.

“We need to keep working on the bike’s balance, because in some points of the track I am still not fast enough - he reveals - And then I hope that it will be dry tomorrow and that I don’t get the tyre choice wrong.”

Because things at Sepang seem more complicated than usual, with the various options between the front and rear.

“Medium or hard - the Doctor sums up the choice - Initially I was leaning toward the hard, but it seems that the medium has good potential even if it is hard to tell how it will perform at the end of the race. With the Michelins you have to shake off certain ideas. It is not always a given that the hardest compound is the best in hot weather.”

Among the many doubts, a certainly seems to be his many rivals who are, as usual, very competitive.

“It is always difficult to say now, but it could shape up to be a group race like in Australia. Pedrosa is very strong, Zarco is fast and Dovizioso has a great pace - he analyses - The riders on the front row will set out to win, but Viñales, Lorenzo, Marquez and I will also have a shot at battling with them.”

Given the names, it could be another no holds barred battle.

“Did I speak with Zarco? He doesn’t come to Safety Commission - he smiles - I think that by now his way of racing is clear to everyone. He is very fast and that will be a tough one for the entire race. Like the heat, when you go on the track for the first time on Friday, you wonder how the hell you’ll be able to last 20 laps! Things improve lap after lap, but the final stage is always hard.”

The important thing will be to be in the game down to the end. The Yamaha seems to have been reborn in the last two races after many difficulties.

“And it is important, as I already said, for making the right decision for next season - he says - The M1 has not changed since Silverstone and it took us a while to figure out what we needed in terms of fine-tuning. Now we know what work method to use.”