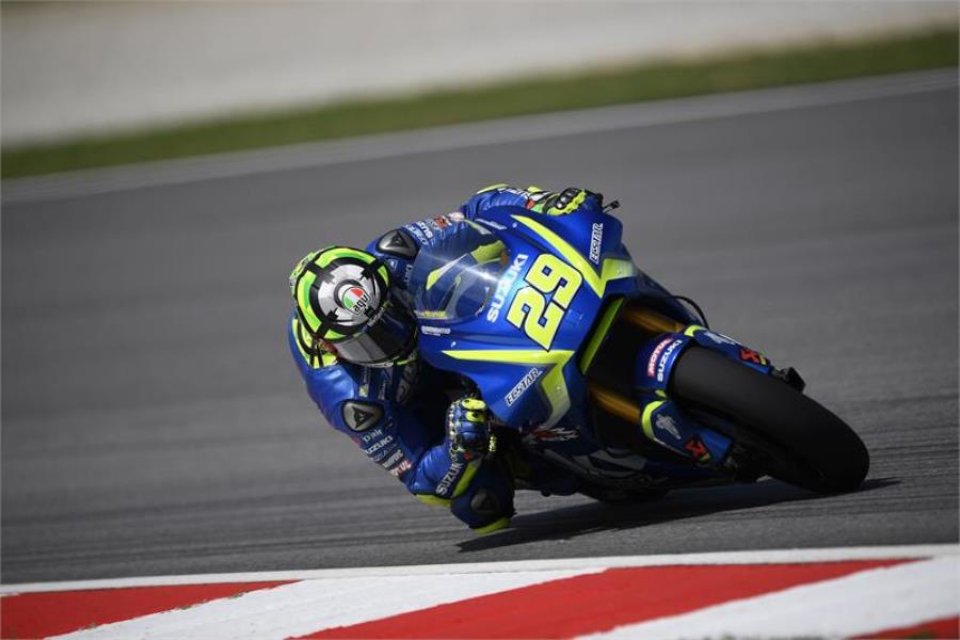 He will start from the third row alongside Marc Marquez and Alex Rins. Things did not go exactly according to plan in the afternoon session for Andrea Iannone, forced to take on more than a few difficulties. As if that were not enough, the Italian rider was not even able to use the new tyre for his last time attack.

“It was a very complicated day – the Suzuki rider began – After FP3 the difficulties began and then they continued in FP4 where I had a technical problem. We realised before the qualifiers and I had to change bikes at the last minute with a different fork – The Maniac recalled – without even being able to put on the new tyre. Unfortunately, the fork began to leak oil and it ended up spraying over the wheel.”

“Unfortunately, I never used the new tyre on the front in qualifying – he pointed out – With the Michelins, if you use them as different, the bike becomes unbalanced. In any case, I tried to do what I could. Maybe I could have been on the second row, a pity.”

Andrea’s thoughts are also on the race already.

“It will be a mess – he warned – I don’t know what to expect. None of the tyres have grip and after six laps the bike begins to slide around with any tyre.”

And yet, Michelin says that all the tyres can go race distance.

“To you journalists. Unfortunately, they tell us they can’t.”

In conclusion The Maniac goes into detail.

“As I said, after the first five or six laps the grip drops, although the soft seems to have a bit more compared to the medium and the hard.”

Marquez: "it was my hardest crash, it's a pity but it was right not...