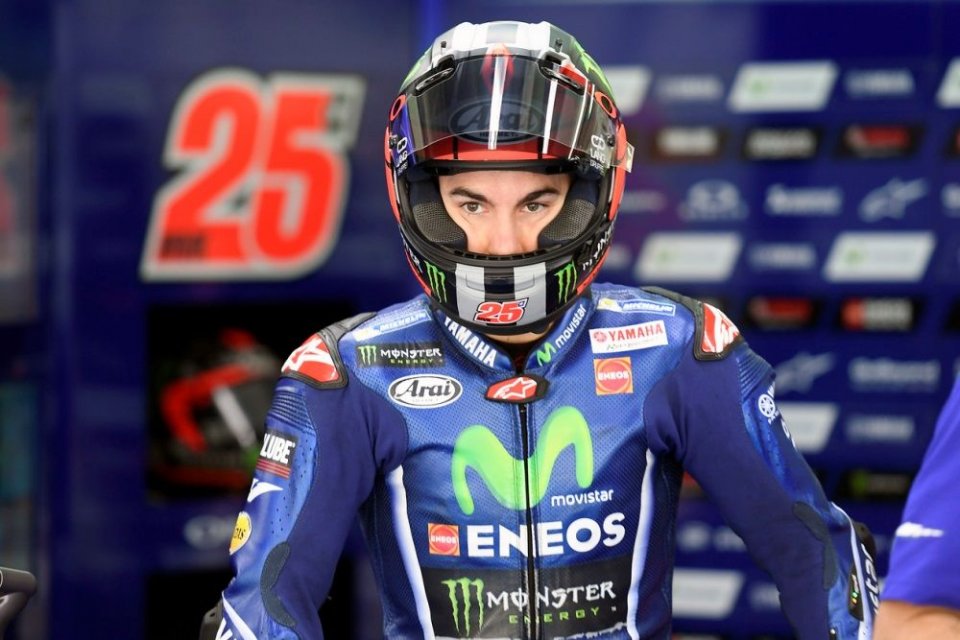 This time the satellite Yamahas are not throwing a spanner in the works, so his M1 is the fastest. In fact, Maverick Viñales is able to ride his bike in the group with the best, although Dovizioso and Marquez already seem to be running away at the front. Unlike Phillip Island, for number 25, the path does not yet seem to be marked.

“I can say that I am satisfied with this first day – Maverick began – I was able to be fast in the wet and in the dry, but we need to be particularly careful since the track is rather slippery. Compared to Australia I need to work harder – he admitted – since at Phillip Island I was competitive straight away.”

Viñales pulls no punches about the tyres.

“Unfortunately, with the hard tyres there is less grip – he analysed – We also have two soft tyres available, but we will need to save one for the race, so there are still a few unknowns.”

In the afternoon FP2 session, the contact with Barberà did not go unnoticed. It was an episode that put no small fright into the M1 rider.

“To tell the truth, I am not sure exactly what happened with Hector – the Yamaha rider said – I saw his bike come out of nowhere. Fortunately, nothing serious happened.”

The Spaniard’s attention is especially on the leading pair, namely Dovizioso and Marquez, who both showed that they have a little something extra at the moment.

“Marc and Andrea have a great pace in the wet, so they are not lacking confidence – he admitted – I need to try to improve, especially going into corners.”

“Unfortunately, the track does not dry out very quickly – he concluded – You have to wait too long. The positive aspect is that there are no more areas with standing water.”

Dovizioso complains of lack of grip and that the Yamaha must be ridden in a...