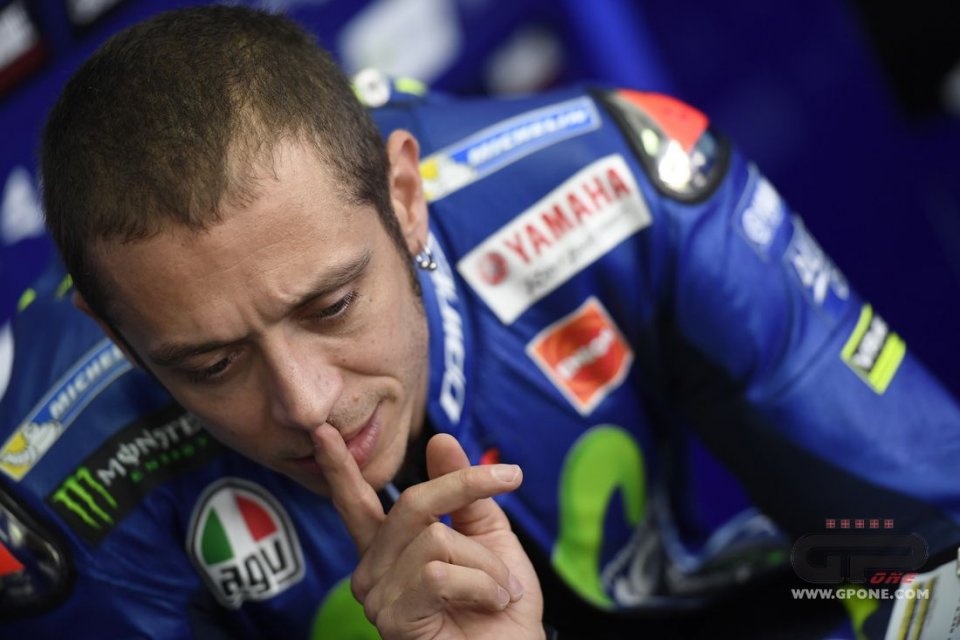 With some responses and some doubts, Valentino Rossi’s scales seem to be basically even after the first two practice sessions at Sepang. The only thing that is certain is that “Like at Phillip Island, the M1 has improved since the winter tests. It has less understeering and I feel more comfortable.” To go more into depth, more time will be needed, in the hopes that the weather cooperates a bit in the coming days.

“All told, we were rather lucky - the Doctor says - The forecast called for rain, but instead we were able to practice for about twenty minutes with the asphalt completely dry. When we went out on the track in the morning, it was still damp, but then it dried out.”

You were 12th in that session…
“It was a pity not to get into the top 10 and qualify for Q2 because if it rains tomorrow it would be a problem.”

Did you have big problems?
“Truthfully, with the medium tyres I was rather fast and I was able to maintain a good pace. Besides Marquez who was the fastest, and also Dovizioso, we were in the group with the leaders. But at the end of the session, a lot of riders put on the soft tyre. Instead, we continued working in view of the race and I found myself 12th. I wasn’t able to figure out my potential on the flying lap, but the sensations were good. We just need to sort the bike’s balance.”

Instead, in the wet how did it go?
“It was a good session because we were able to work well. We improved and we finished on an upward trend, with the 6th place time. The situation is better than it was in Japan, but there is still work to be done.”

What are you missing?
“Grip on the rear. Even going into corners I can’t be aggressive because I am lacking confidence.”

Did you take a cue from Viñales’ in the Phillip Island warm up?
“Not exactly. We continued on our own path. In the wet, Marquez and Dovizioso especially were very fast, but I know that we can do better.”

Yesterday you had said that the last two races would be important to have indications for development…
“Yes, because I am still not sure whether or not the current M1 can be the base for the 2018 bike. They are working hard at Yamaha though.”

There are rumours of a test team based in Europe, along the lines of what Ducati is doing with Pirro.
“To be honest, I don’t know anything. It could be a good idea. Michele is a rider who does times that are not far off those of the factory riders and he gives a lot of indications, but I don’t know if that is feasible for us.”

What do you think of the work that has been done to improve the asphalt to prevent the damp spots?
“From what I’ve been able to see, it seems like it doesn’t sweat water anymore. However, when you go over those spots, the asphalt is very slippery and the bike slides.”