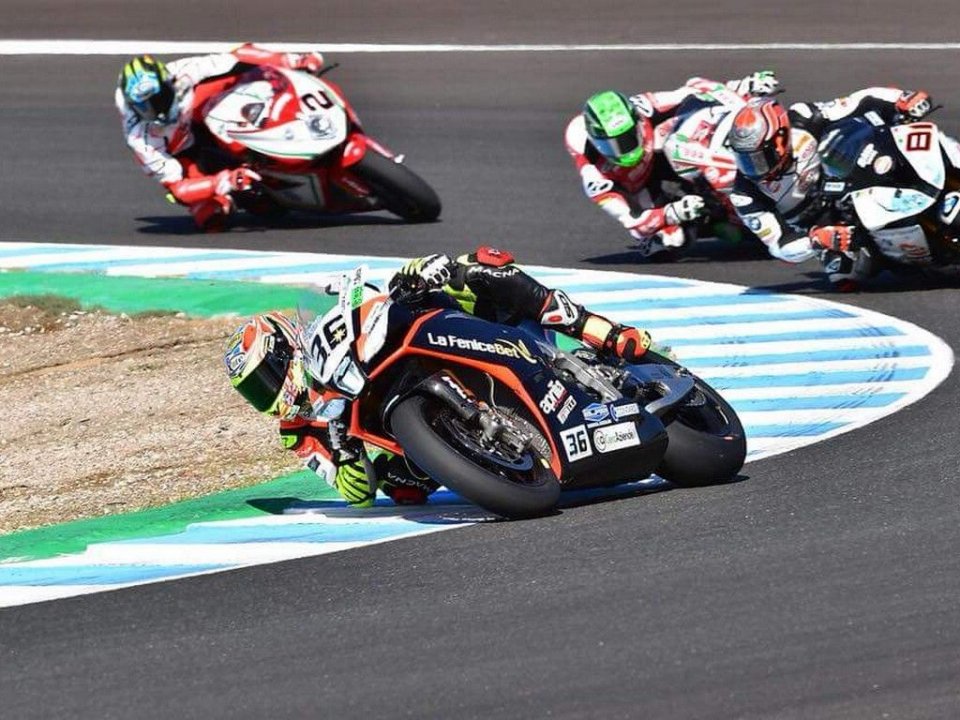 Today we saw Argentinian rider Leandro Mercado in action for the final team with the Aprilia of team Iodaracing. The news confirms suspicions that were circulating in the Jerez paddock: while other teams were packing their material to be sent to Qatar, Giampiero Sacchi's team crates are heading in another direction.

This is the latest in a series of setbacks for the Italian team, which was forced to sit out the opening rounds in Australia and Thailand and clock up four zeros in the standings before their season even began.

The reason for missing this final round may be financial, a problem that has hindered the team all season; the news was confirmed by “Tati” Mercado, who has put together some solid races with the Venetian bike this season, despite the issues:“I heard it from my mechanics. it's a pity we won't go to Losail. I think the fact we'll be watching is down to a lack of money”.

Mercado, deemed to be a rider who can achieve excellent results in Superbike, is working to find a place for the 2018 championship, which will also include a round in Argentina.