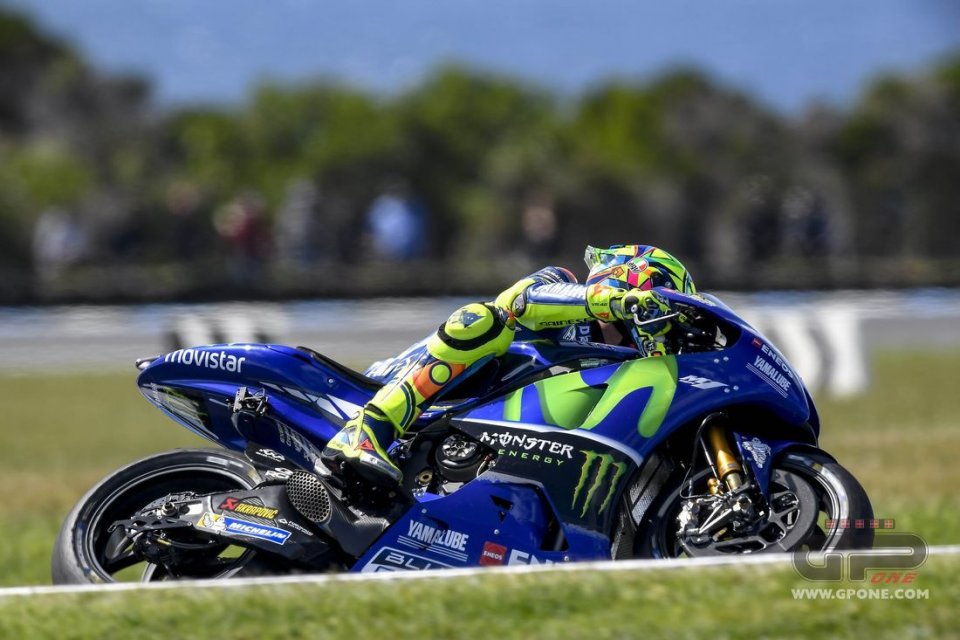 It would be reasonable to expect a cross Valentino after his 12th place today at Phillip Island, but sometimes appearances are deceiving. The Doctor, asked to sum up the first day of free practice, is not at all displeased, “My potential is better than my position” he ensures.

The black spot of not making it into the top 10 remains, a position that would have sent him straight through to Q2.

“It would have been important, especially here at Phillip Island where the weather changes constantly – he reflects – My position is not fantastic, but I am not far from the leaders, just 7 tenths behind the top time. Unfortunately, when I put on the soft tyre to do a time attack I also tried a change on the bike that I didn’t like, otherwise I would have been faster.”

If we think back to February, when he was in Australia for the winter tests, in any case the situation is much better today.

“That was one of the worst tests of my entire career with Yamaha – he recalls – It was frustrating and I was very slow, whereas today the situation was not fantastic, but I had good sensations in the saddle.”

Viñales has different thoughts on the matter.

“What can I say? – he responds – I don’t think I was slow today. In fact, I maintained a good pace.”

However, this does not mean that the M1 has solved its problems. One eye is on the races and another on next year.

“At Yamaha they know that we are in a difficult moment and they are working on it – the Doctor explains – I don’t know if we will see any big changes at the end of this year or if we will need to wait for next season. What is the source of the problem? I don’t think it’s the engine, which has weak points, but also strong ones and a configuration that we have been using for a long time. If anything, I think that we will need to focus on the electronics. We are behind in that area compared to Ducati and Honda, especially in acceleration. They struggle less than we do coming out of the turns.”

For the moment they need to work with what they have and make it work as well as they can.

“I think that if they sort a few things I’ll be able to improve – he continues – I still don’t have the balance that I want and I need to improve the front in order to be quicker on the fast turns. I also worked on the medium tyre today, but it seems like the soft has great potential and may be an option for the race.”

His final comment has to do with his hurting shoulder after the crash in Motegi.

“This morning it bothered me, especially on the right-handers. In the afternoon the situation had already improved though and I hope it continues like this tomorrow”, he concludes.