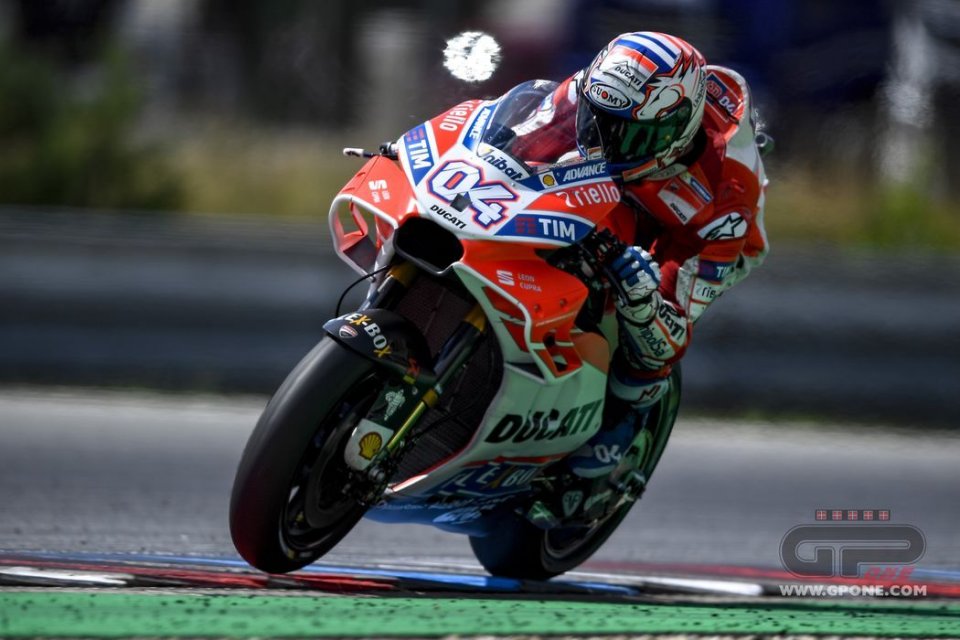 Ducati seems to be in the spotlight once again. It was they who had the idea - as simple as it is useful - of using the 5 test days permitted to gradually prepare for the various GPs. An idea that was immediately copied (remember the number of MotoGP teams testing at Misano in August?) but one which will be short-lived, or at least restricted.

The Grand Prix Commission, which decided on the regulation, met at Motegi to consider some new rules regarding private tests in 2018. The two-day test at Valencia following the final race of the year has been confirmed, as have the three winter test days at three tracks outside of Europe and the three Monday test days following on from various GPs.

Official riders will still have their 5 private test days, but only 3 can be arranged at tracks at which the GP has not yet taken place, while the remaining 2 must be at tracks where the race has already been run. In addition, tests cannot be carried out during the 14 days preceding a Grand Prix.

Another new rule prohibits testing during the summer break, from July 16 to August 2. As for the Test Teams, or rather the test riders, each manufacturer will need to choose 3 tracks at which it can test at any time, though not during the 14 days prior to the respective GP. As is already the case, test riders can test during the three days prior to the first test after the winter break, before taking part in the official tests.

From 2019, the three tests outside of Europe will be reduced to two. Team will still have 5 test days with their official riders, but two must be carried out between the last race and 30 November.

WILDCARDS - The GP Commission has also decided that every MotoGP manufacturer will have 3 wildcards available for each season, starting from 2018. Manufacturers that benefit from regulatory concessions are excluded from this rule, and are allowed 6 wildcards. Wildcards cannot be used in consecutive races.

TRIUMPH - From 2018, frame builders can start to test with the Triumph engine, which will be the only Moto2 engine as of 2019. Test days will be limited to 10 and there will be no limit to the number of riders taking part in these test.