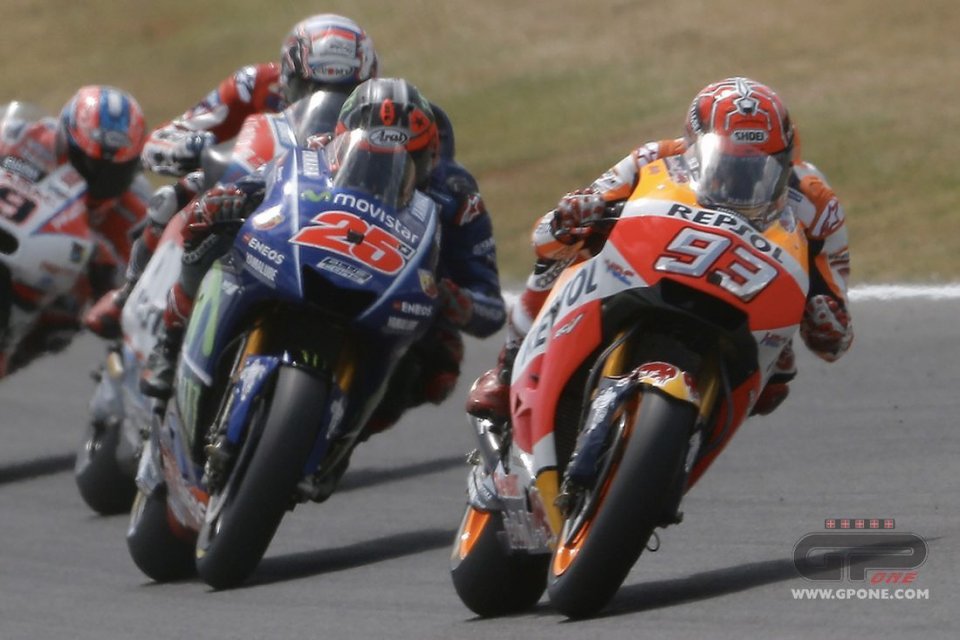 The MotoGP daisy still has 4 petals to pluck, with precisely that many races still to run before the end of the season. Will I win, will I not win? The less romantic version in which the riders star as they leave for the Far East. Motegi, Phillip Island and Sepang, three races n a row, one after the other like shots at the bar and, in the case, he who stays standings will have good chances of taking the big trophy home at Valencia, if not before.

The triple-header plays out as if it was one long Grand Prix split into three rounds, because it leaves no room for error. Even a small injury and the consequences could weigh heavily. Riders need to be physically prepared, with no time to train normally and also forced to deal with the time differences. The mind must also be strong, in order to maintain concentration. In addition, riders need to be able to adapt, as temperatures vary from track to track and the rain is a guest that will always show up whether invited or not.

Marquez arrives with that 16-point advantage over Dovizioso in his case, a small treasure that is always useful, and 28 points on Vinales. Enough for him to face the races calmly, despite his rivals continuing to breathe down his neck. Marc, who leads the way int he standings, is the favourite, but on whom do the 3 tracks smile on paper?

Let's take a look a the statistics, with reference to the last 10 editions of each GP.  At Motegi Honda and Yamaha have won 4 times apiece and Ducati 2. The red bike ties with Honda at Phillip Island with 4 victories each (6 for Stoner) while Yamaha is on 2. Finally, Malaysia, where things are more balanced: 4 wins for Honda, 3 for Ducati and Yamaha.

Up until now we've only talked about the bikes, but the riders also play an (important) part. Last year it was Marquez who won at Motegi, while Dovizioso triumphed at Sepang. If we look at winter testing, Vinales beat them all in Malaysia and Australia, with Marc right behind him.

Then, if we add to this Michelin element, which can shift the balance depending on the track, as well as the progress made by the various bikes during the year, making predictions becomes impossible. In fact no rider has risked doing so, preferring not to worry and to take it day by day.

Also because, it's not all in their hands, with a good group of riders who can get into the mix and shake things up a bit. Rossi, Lorenzo and Pedrosa are ones to watch, not forgetting Crutchlow, Petrucci, Zarco and even Folger, all of whom have proved they have what it takes to reach the podium this season.

As spectators, all we need to do is set our alarms a little earlier than usual and enjoy the practices and races at dawn. As for who will be kissing the sun at the end of these three weeks, well, it's anyone's guess.