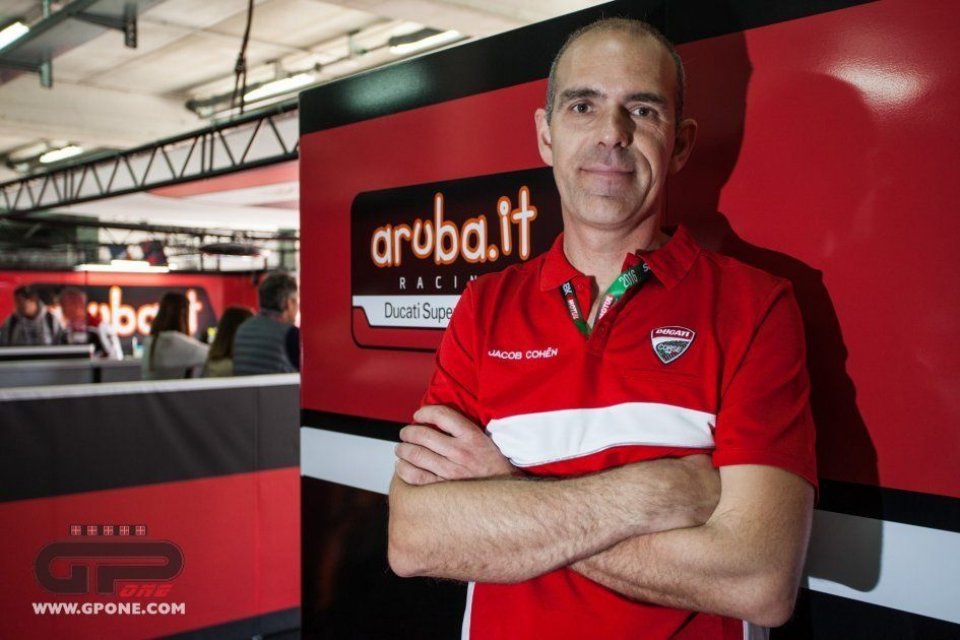 As the Superbikes prepare for Jerez, some big news breaks. Ducati has announced that Ernesto Marinelli will leave the company at the end of the year. News of the engineer's departure won't go unnoticed, particularly considering that he has spent 22 years with the Bolognese company.

Having arrived at Ducati in 1995, Marinelli has always been involved in Superbike racing, firstly as track engineer for the official team with Fogarty and Hodgson in 1997 and then, from 1998 to 2000, as manager of Ducati's programme in the AMA Superbike series with riders Anthony Gobert, Ben Bostrom, Troy Bayliss and John Kocinski.

On his return to Europe in 2001, Ernesto Marinelli was Ben Bostrom’s track engineer for two years in the Superbike World Championship before taking on the role of SBK Technical Director in 2003 and then Ducati SBK Project Manager as of 2010.

“​​​​​​After 22 years it’s not easy to turn the page - comments Marinelli - and if you leave a company like Ducati, the decision becomes even more difficult. Nevertheless, for each and every one of us, the time comes to raise the bar and face up to further challenges. I’m leaving Ducati in the knowledge that I have lived numerous unforgettable and successful moments, sharing passion, dreams and satisfaction, as well as defeats, disappointments and difficulties. All of these have marked and shaped my professional career and they have helped me to understand that “never give up” is not just a saying but to all intents and purposes a lifestyle."

He will now look to the next challenge: “In terms of my future, I’ve decided to accept a new professional challenge and put myself to the test again, albeit with the awareness that everything I leave behind will always have an important place in my memories and my heart."

He goes on to thank all of those who have shared in what have been unforgettable years: "Big thanks to Ducati. Thank you to all the many fantastic people who have shared in these years of hard work and travel to racetracks all over the world. There are still four races to go before the end of my final season in SBK, and it will be an even more special and motivating reason for me to continue to fight and win together, before saying farewell to all my colleagues and the Ducatisti, with whom I’ll continue to share friendship and passion, and with whom I’ll still be supporting our red bikes from Borgo Panigale!”

Claudio Domenicali has also spoken about Marinelli's commitment: “I began to work with Ernesto back in 1995, the year he joined Ducati, and since then I’ve learnt to appreciate his qualities of expertise, commitment, perseverance and passion for racing. Together we have shared success and disappointment, sacrifice and satisfaction, but I have never seen him lose the enthusiasm that has always distinguished him in his work. Under his guidance, Ducati has obtained numerous successes in the Superbike championship and of course I’m very sorry that he has decided to leave our company at the end of this year. I’d like to wish him all the best for his new professional challenge and I am sure that in the future he will continue to follow and support Ducati with the affection he has always has.”