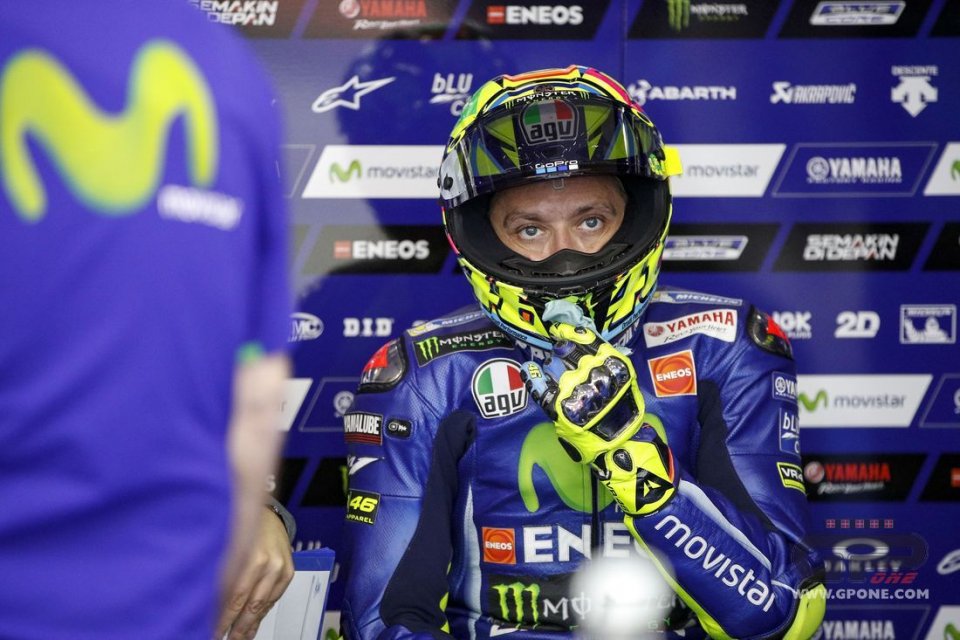 Yamaha issued a short press release about the test that Valentino Rossi completed with a road bike at Misano yesterday, just 18 days after sustaining injury on his enduro bike.

Here is the full release.

Following an enduro accident on August 31st, Valentino Rossi has been diligently working on his recovery from the double fracture in his right leg. Today the nine-time World Champion put his fitness level to the test and successfully completed a few laps around the Misano World Circuit Marco Simoncelli on a YZF-R1M, before rain disrupted the trial run.

As today‘s riding session was cut short due to the change in weather, the evaluation of Rossi's physical condition was inconclusive. He will decide by the end of Wednesday, September 20th, whether he will attempt to take part in this weekend‘s Gran Premio Movistar de Aragón.

Valentino's decision to take to the track took even his father Graziano by surprise: "I didn't know Vale would test - he admitted - He only completed a few laps and hasn't decided about Aragon yet. His leg hurt and he may still test again tomorrow, if the weather lets up".

Clearly, a return in such a short time would be nothing short of miraculous. There has been a previous example, in 2010, when Randy de Puniet fractured his tibia and fibula at the Sachsenring GP before returning to Brno, 26 days later.

Rossi: "Aragon can be demanding for grip, especially on the rear"