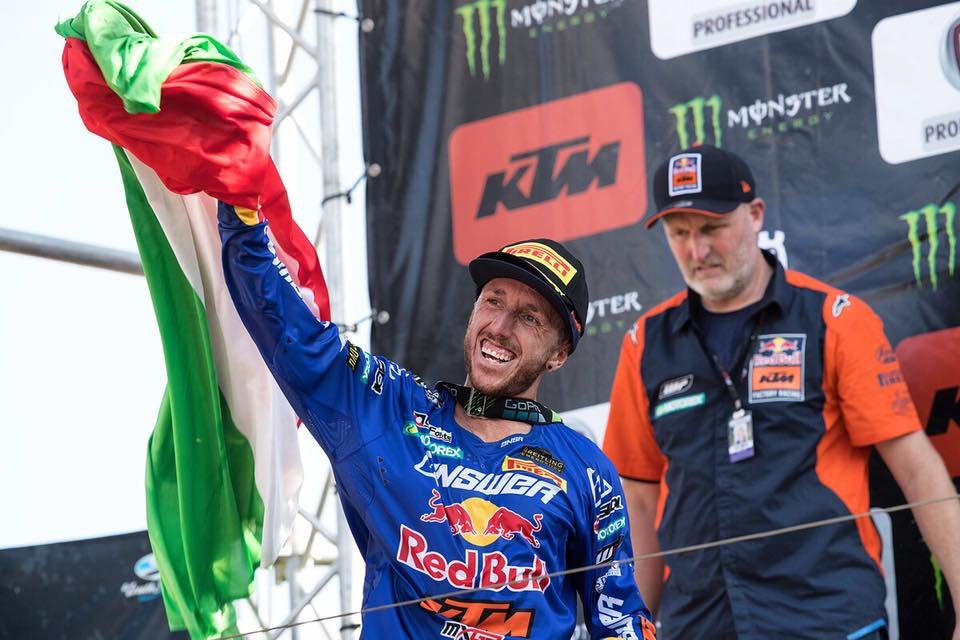 The prizes keep coming for Tony Cairoli since winning his ninth world title. The day after his Assen triumph, Red Bull decided to give the Sicilian rider a test with the Formula 1 single-seater as a reward for having been crowned world champion once more.

The Italian will have to wait for next spring though; first he will build confidence with the simulator before taking to the Austrian Red Bull Ring at the wheel of the RB13.

The surprises for #222 didn't end there though, as over the weekend Pit Beirer offered him the chance to ride the MotoGP KTM used by Bradley Smith and Pol Espargarò. Where? Probably at Aragon or Jerez during the next IRTA tests in which the team will participate.

We contacted the nine-time champ's entourage who tell us that they know nothing about the offer. But they confirm that if he were to receive such a proposal, he definitely wouldn't turn it down. Basically, ten years after testing Valentino Rossi's M1, we'll see Tony Cairoli back on a MotoGP, but the KTM rather than a Yamaha.

In the meantime, the Sicilian has confirmed that he won't take part in the South African RallyCross event, while he will attend the Monza Rally Show, set to take place over the first weekend of December.