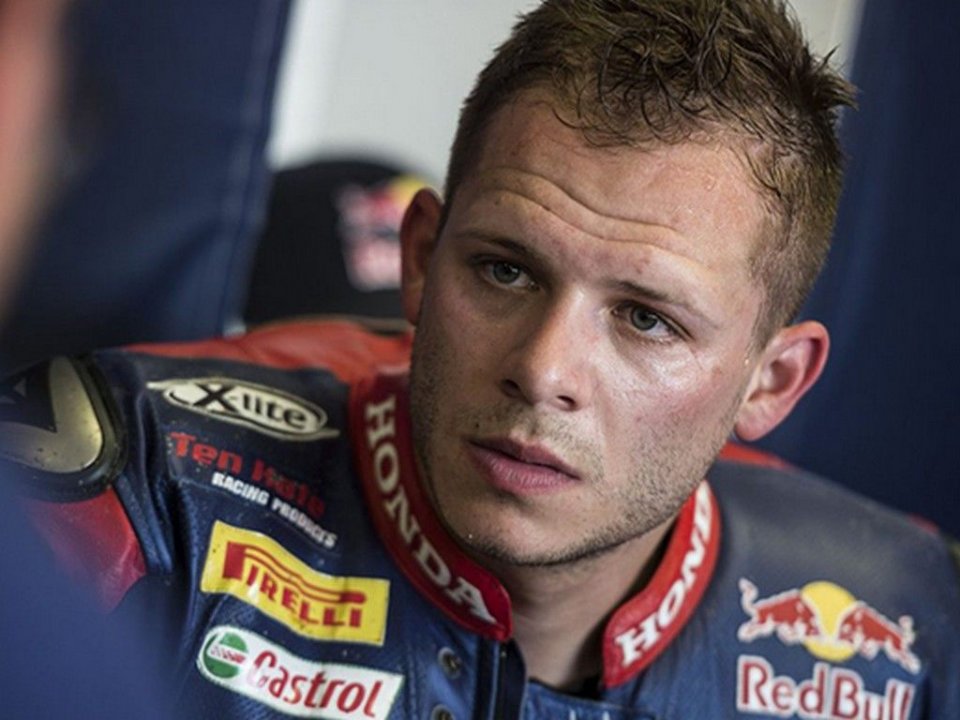 Accompanied by his omnipresent father Helmut, Stefan Bradl looks carefully at his Honda Fireblade that, until now, hasn't given the German the kind of results he expected during his debut SBK season.

Stefan was Moto 2 world champion: “a long time ago"  as he himself puts it and, after that title in 2011, he was able to achieve some good results in MotoGP too, before this difficult 2017 season “there are definitely technical and riding differences between the prototypes and production-derived bikes - he explains- but after a few races I adapted to the Superbike and I have to say that, in the end, the races are similar. This is a really tough season for me, I'm struggling with the Honda and we're a long way behind Kawasaki and Ducati. They are official teams, supported by the manufacturers and hard to beat; we need a solution that could level the championship and make it more attractive, I think that a compromise between the current regulation and that of the Stock would be the ideal solution”.

In the meantime, Honda has sent test rider Takahashi to the Ten Kate garage…

“We'll see if he can be a direct link between the Red Bull team and HRC; it's definitely a good thing to have a Japanese rider in the garage, because he can communicate and provide precise feedback about the CBR Fireblade. We'll see at the end of the weekend how much of a positive influence this decision can have on our work”.

Have you received offers from other championships in the meantime?

“I intend to stay in Superbike with Honda, I'm almost certain that I'll stay with this team, it's 90% sure I'd say. The team members and I have sat down together and decided that we need to improve everything in order to be competitive again”.

What are you requesting?

“There is no one particular thing, the important thing is to evolve the bike. There are many technical details to improve and various areas of the CBR to perfect. What is clear is that in order to fight with the top guys, we need to change the electronic supplier. We need to be helped by Honda as HRC and manufacturer support is key. Right now we're shooting in the dark and don't have a specific direction to follow”.