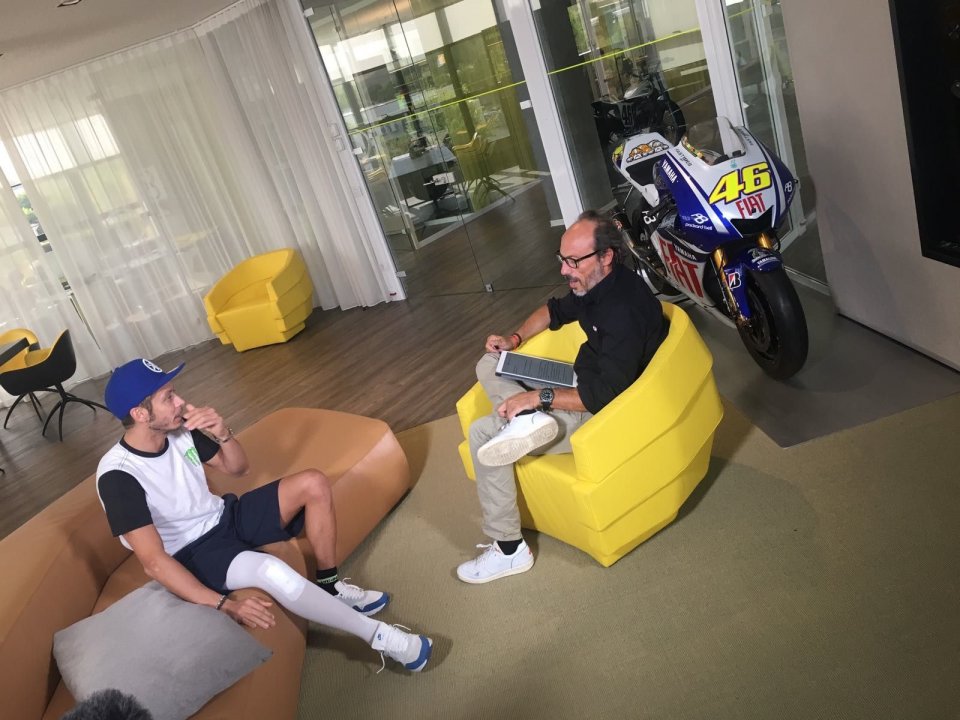 Valentino Rossi spoke to Sky for the first time after the accident he suffered while enduro riding. The Doctor has tried to estimate how long he'll need before getting back on his M1.

“A lot depends on how my leg is. In my head, I was thinking Motegi, but it's hard to make predictions, because we need to see how my leg is, how it reacts, whether we can push it a little, move it, whether it swells, we need to see how I am - he explains - Last time I was back on track after 40 or 41 days, at the Sachsenring, and so with that kind of time frame we're looking at Motegi. Aragon is long before that, because it would be three weeks after the accident, so it will be really difficult. but we'll try, every day we try, we work and then we'll see”.

Valentino also outlines the dynamics of the accident.

“I went for an enduro ride with my friends and the other Academy riders. It's a ride we've been doing since I was 18, my dad used to take me with his friends when they used to go - he comments - So it's something I've done two hundred times. We were almost at the end, on quite a steep downhill, we were going down slow on the pedals, in second, but there was a rocky step. As I took it, the handlebar moved, as if I'd hit a stone, something like that. I went down on my right foot, but there was a jolt and so, when my foot went down with my body weight and that of the bike behind it, my leg broke. I was only about 400 metres from the end”.

The full interview will be broadcast this evening at 6.45pm on the Italian SkySport MotoGP channel, before being repeated at 9pm.