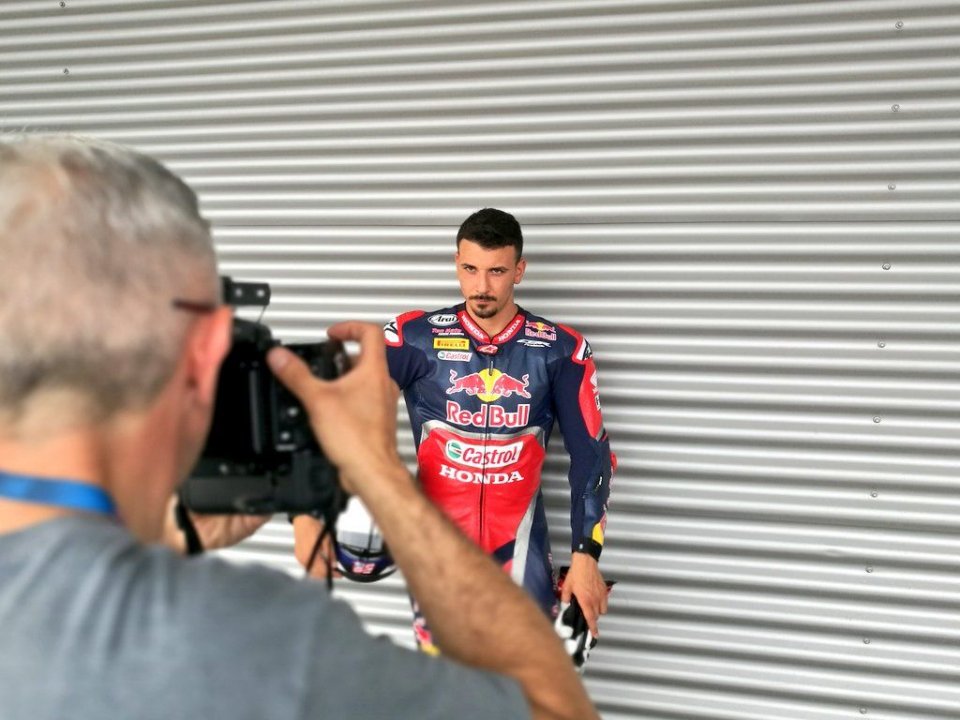 After the accident suffered earlier in the year in BSB, Lausitizring saw Davide Giugliano's return to the world SBK stage, riding the Ten Kate Honda Fireblade, a bike that needs further development, still running far from the front.

The 27-year old rider has learned more about himself: “In BSB I hit a wall with the BMW -  explains Davide- and I had to stop. In Germany I was in shape, I felt 100%, really good"  but it's not a given that #34 will remain in the paddock for the remaining rounds, with 8 races still to run.

There is a rumour that Honda will ask test rider Takahashi to race with the Honda Red Bull, a rider in close contact with the HRC race department; seeing him riding the Fireblade might signify greater involvement in the production-derived series on the part of the manufacturer.

Davide himself is unsure whether his 2017 season in Superbike will continue: “In reality, I've received no news from Honda and team Ten Kate, so I don't know what I'll do yet. Let's say that I'm in stand-by mode, though I have to say that the team seemed pleased with me. They asked me to carry out certain tasks; I knew that I was only contracted for one race and I think that the team was happy with my work. Considering my limited knowledge of the bike and the time available, I was able to lap in 1’38”2 in the warm-up, not a fantastic time, OK, but in line with that set by Bradl in race 2. They told me they were pleased with my work, both Ten Kate and Honda Europe”.

How was the return to a championship you know so well?

“Every year the bikes improve and the lap times reflect this; the manufacturers' commitment is even more important and the tyres evolve. The SBK level is very high right now. Currently, 4 bikes lead the way and another 4 try to keep up. The factory Kawasakis and Ducatis are winning the races, the Yamahas and Aprilias have grown since the summer break, reducing the gap. Camier's also doing a great job on the MV Agusta, always quick. Then there are the Hondas”.

At what level is the CBR?

“In terms of the chassis, the Fireblade is very good, it turns and handles very well, but where the CBR suffers is in terms of the engine, it's lacking horsepower. They need to work to find more power at all speeds, from the acceleration phase to the top speed. We also worked on the electronics, with the bike responded as we expected”. 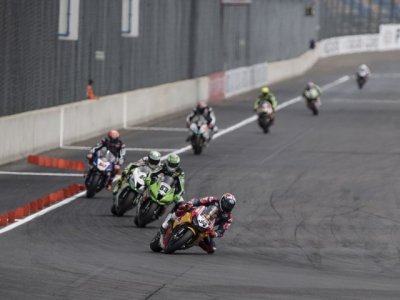 “The atmosphere within the Red Bull team was great. The Ten Kate team, Dutch, might seem sober, difficult from outside but working closely with these guys I found they were very serious, professional and friendly”.

What kind of team-mate is Bradl?

“Bradl is also very professional, he has great potential and talent, which he is currently struggling to express. He, like all riders of a certain character, is definitely not happy with the kind of results he's scoring. Of course, the same goes for all those guys who are not achieving results that match up to their potential”.

What does Honda need to be able to reduce the gap?

“Continuity. Changing rider every race does not help, because it takes time to carry out certain work. I've made myself available to the team, I'm ready to continue, to help improve the CBR. I haven't looked around, because I prefer to focus on one project, giving it my all”.

Despite not knowing whether he will continue with Honda, Davide is keeping up with the training: “I think there is the potential to get closer to the front and believe that with good continuity the bike could reach the front 6/7 positions which would be a great result, but not the goal, rather the starting point. I'm available to Honda and will continue to work to the best of my ability”.