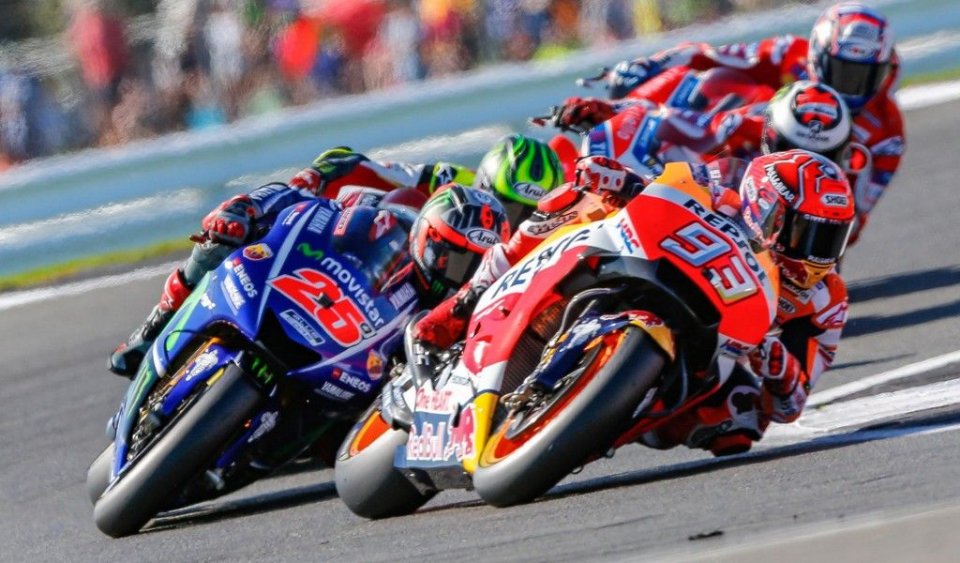 A long and sudden plume of white smoke from the engine of his RC 213V extinguished the World Champion’s ambitions for the win, forced to retire due to mechanical failure for the first time since racing with the Honda Repsol MotoGP bike.

Even if there are still six races left in the season, Marc knows that this zero at Silverstone could weigh heavily when the sums are drawn at the end of the year: “Today I was really unlucky - the number 93 rider says - because I felt good on the bike, I was managing the situation, I was fast and I was waiting for the last lap to attack, but… I had the problem with the bike and was forced to retire.”

Before it blew, had the engine given you any warning signs?

“No, the engine was working well and it wasn’t losing power. It blew suddenly on the straight while I had the throttle wide open. The problem came from a mechanical failure inside the engine. Fortunately, I realised what was happening straight away and I avoided a crash, feeling the rear wheel lock up and pulling the clutch lever immediately.”

Did you think about crashing for an instant?

“No, at that moment I was only thinking about the championship standings. I lost the small advantage that I had before Silverstone and a rider never likes lowing championship points like that – not this way.”

Now you are lying second in the championship behind Dovizioso…

“I am in second place in the championship. I was doing well, managing my tyres and my speed. It is certainly not nice to end a Grand Prix this way, but we need to look at the good work we’ve done with the team this weekend. In every race, the weather conditions and the track can have an impact on the end results. Ducati is doing well, so is Yamaha and… so are we! Today we were not in difficulty in fifth or sixth place. Today we were less than one second behind Dovizioso and I was trying to have a go at the win, but the engine blew. The Japanese engineers and our technicians will be able to identify the problem and make sure it does not happen again in the coming races.”