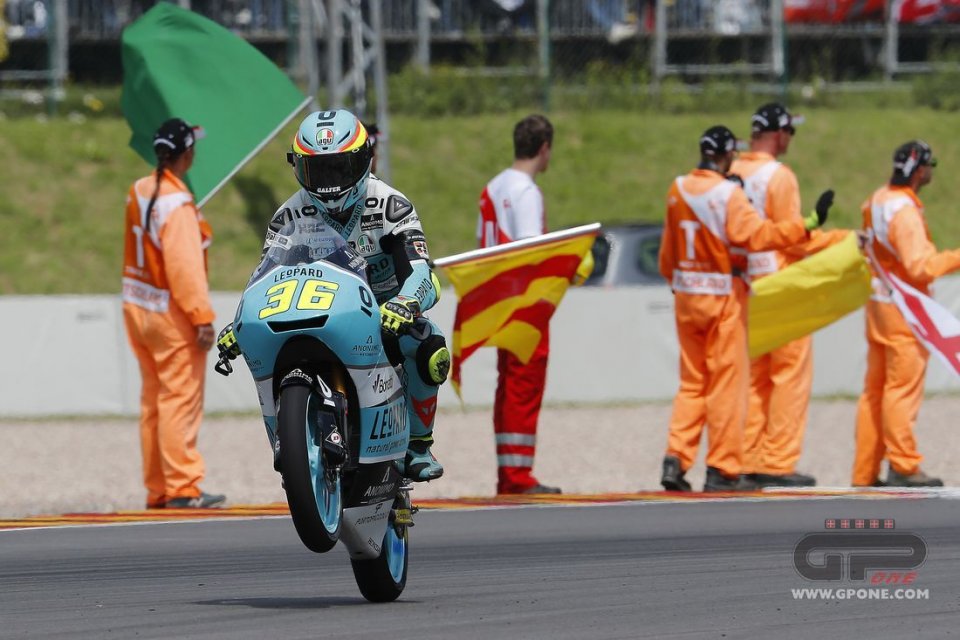 All due credit to Mir, as the Majorcan rider is literally dominated this year's Moto3 championship. This is only Joan's second year in the world championship, yet his speed is accompanied by the coldness and lucidity of a veteran.

To give you an idea of his results, here's a recap of his season in numbers.

215: Joan Mir's has so far taken 215 points in the championship. The Majorcan is the only rider in all three World Championship categories to have always scored points in every event of the 2017 season.

30: The races played by Joan Mir in the Moto3 world Championship, always with the Leopard Racing team. The first came as a replacement rider in Australia in October 2015.

11: Palma's talented podiums, with a 36% podium efficiency rate, matching the number he runs under.

1: Joan Mir is the only rider (along with A. Marquez, 2013) who has been awarded the title of Rookie of the Year and to have won at least 1 race in his debut season in the Moto3 class.

3: The consecutive victories (Sachsenring, Brno, Red Bull Ring) obtained in 2017 by Joan Mir. The Spaniard has thus matched Moto3 legends: Kent, Oliveira, B. Binder and Salom in this achievement.

7: the races won by Joan Mir (so far) in 2017. The Spaniard equals the record of the Moto3 category belonging to Luis Salom and B. Binder, considering the entire seasons of 2013 and 2016, respectively.

1997: To find such a score (7 wins in the first 11 races of the season), we have to go back to the performance of Valentino Rossi, who then graduated as World Champion that season. In the same year Joan Mir was born.