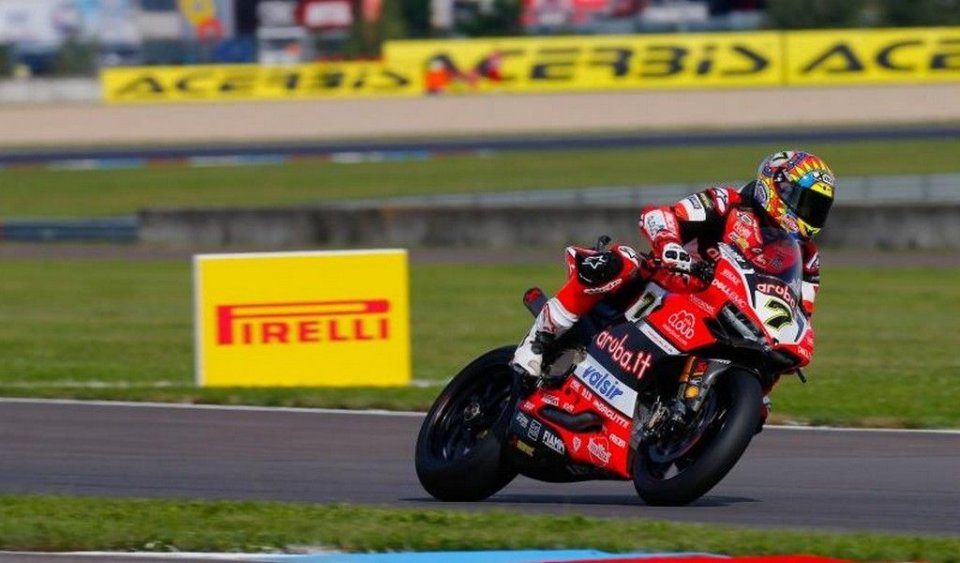 At the Lausitzring, the winner celebrates by toasting with a typically Italian Prosecco. It's a second double for Chaz Davies, after that of Imola and might almost give the Ducati team the feeling of having won on home turf.

The number 7 Aruba rider put together another stunning race, getting away well from ninth on the grid before moving his way up the field and then getting past Jonathan Rea, who was unable to fend off the decisive attack.

This is the sixth win of the season for Davies, now at 26 in terms of career wins, and this second part of the championship could resemble that of 2016: “I'm very pleased - comments Chaz- because it wasn't easy to pass here; this win is special and I'm very motivated for the final part of the season”.

Rea was second again today, with two medium Pirelli tyres on his ZX10RR. Johnny admits: “Chaz was stronger today but I'm pleased with my race anyway ”. The world championship still has a huge lead in the standings.

After his disappointing fourth place yesterday, Melandri was strong toady, able to keep pace with the leading pair and crossing the line third: “after yesterday I wouldn't have bet on a podium- revealed Marco- but with some changes to the rear, I was able to take third, I dedicate this to Federico Caricasulo, who really scared us today”.

A near miss for Tom Sykes, who started badly from the third row and got caught up in August traffic at the Lausitzring; Alex Lowes followed behind in fifth with the Yamaha R1, a solid sixth for the only MV rider, Brit Leon Camier who, once again earned everyone's respect today.

Lorenzo Savadori deserves a mention. The Italian was suffering from a bad toothache; seventh place isn't at all bad for the Milwaukee rider.

Jezek, Giugliano, Badovini and Roccoli finished outside the points zone, but at least they finished the race. Krummenacher, Russo, Szopek and Laverty failed to reach the line. 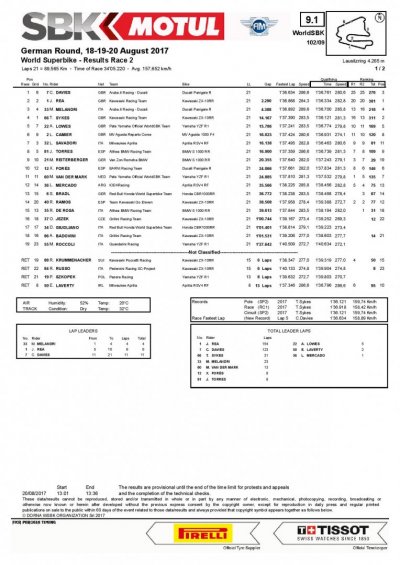 Vinales: "I'm not worried about the performances but about the short...