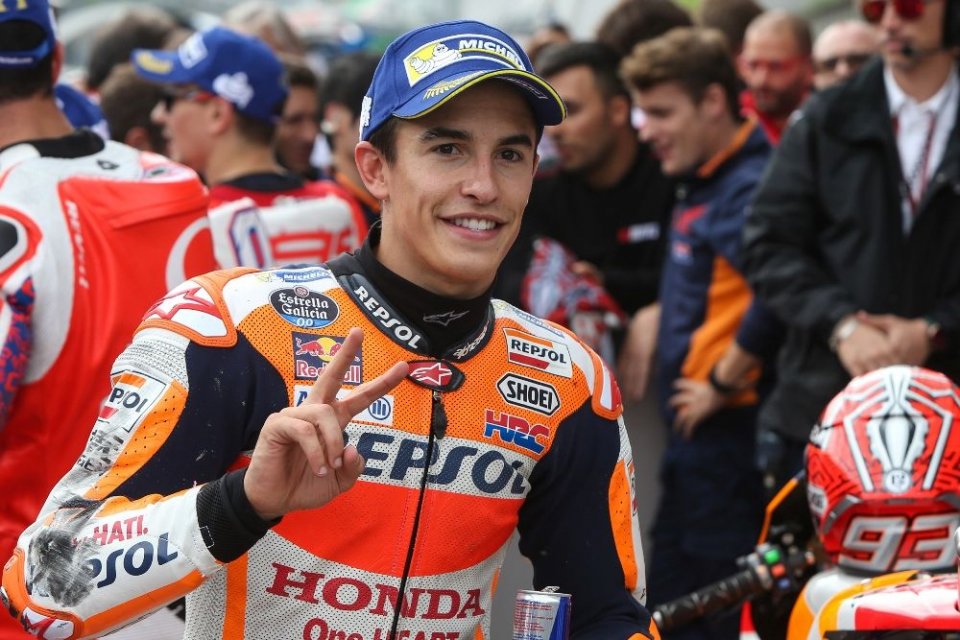 Forget about that Marc Marquez from last year who was slow and in difficulty, because the one we saw yesterday and today at the Red Bull Ring is a far cry from the rider we saw in 2016. Besides confirming his pace, the Honda riding Spaniard had no intention of settling, taking pole position on the Austrian track for the first time in his career.

Today could not have gone any better for him. Now all the spotlights are on the race, where the five-time world champion has a great chance to drive a wedge into the world championship standings. He is well aware of this, so much that after qualifying he stated: "Tomorrow we must finish the job."

The nearest contender is Maverick Viñales who will start from the second row. For the Yamaha rider it will be fundamental not to lose any ground to his compatriot. In fact, it would be trouble to have Marc win and the two Reds finish ahead of the Yamaha riders.

The M1 rider cannot afford to make calculations and neither can Dovizioso, who basically has no choice but to get back on the top step of the podium if he wants to keep his World Championship dreams alive. Success in Austria would, in fact, get him close to number 93, otherwise the gap would become very difficult to bridge. One thing is certain: it will not be easy to stay ahead of the Marquez we saw this weekend.

“I feel much more confident than last year – number 93 began – Plus, I tried various things that I am excited about. Right now I only have one doubt, namely the tyre – he added – since I have not tried the medium. Tomorrow we will need to make the right choice to finish the job we started on Friday.”

The Honda rider’s performance is the result of the work done on Monday in the Czech Republic.

“In Brno I tried to find a different setup for this race and it worked – he recalled – It may be true that I am losing a bit in some points, but I am able to gain in many others. Right now, Dovizioso has proven to be very fast in terms of pace – he pointed out – But the Yamaha riders will also be close tomorrow.”

The rider who struggled quite a bit in the Honda camp is Dani Pedrosa, forced to go through Q1. At the end of the day, he had to settle for the eighth best time in qualifying behind Rossi.

“Unfortunately, things went badly in FP3 where we put on the soft tyre without improving – he recalled – I was unable to be fast enough, so I did not make the top ten. In FP4 I felt good in terms of pace – he added – although then I had no more new tyres available for Q2.”

Pedrosa has a bitter taste in his mount, but he has no intention of giving up.

“I tried to do the most to recover as many positions as possible – he said – but I was unable to do any better than this result. Now we need to focus only on the race – he commented – The first three corners will be fundamental. We will just have to figure out which tyre to choose for the rear.”