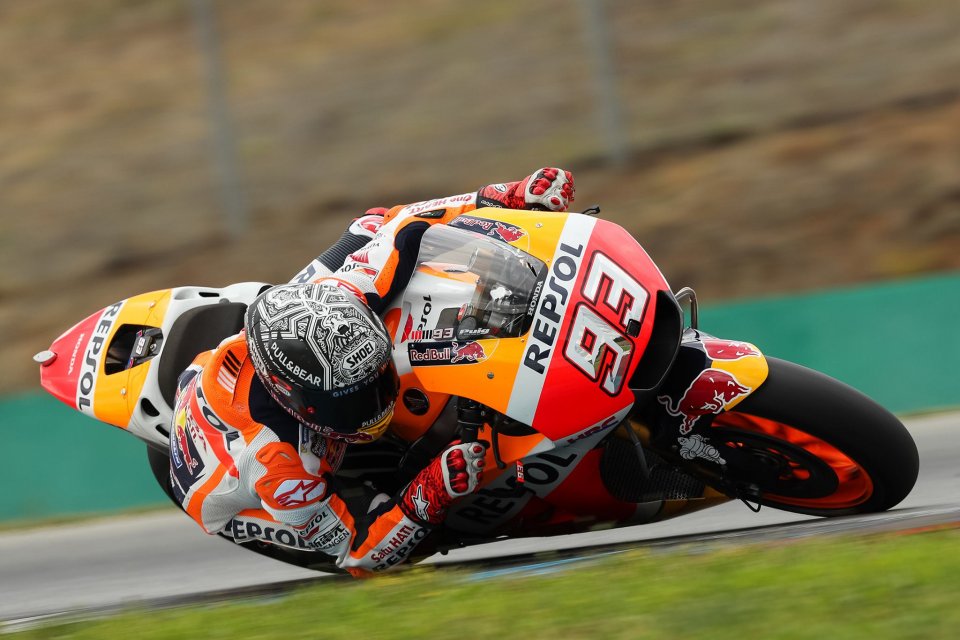 Marc Marquez does it again! It was a Saturday worthy of being framed and hung on the wall at the Red Bull Ring for the Spanish rider who took the 70th pole position of his career in Austria, the third in a row after the Sachsenring and Brno. In terms of race pace, he is uncatchable, the only one to lap at 1’24”, and his flying lap is incredible as well, so much that he stopped the clock at 1’23”235 for the first spot on the grid:  “It went quite well, especially after the difficulties from last year - number 93 commented - I am able to be fast, perhaps struggling in a few sections where I was more at ease in 2016. I am working to finish on the podium - he advised - Although the news of Dovi’s second place time with the medium tyre surprised me.”

Indeed, the choice of the medium on the rear instead of the soft astonished everyone. It was a carefully considered choice by the Italian rider (+0.144) who will start alongside Marquez tomorrow: “You need to interpret situations - Dovizioso commented - We worked with the soft on pace and then we switched to the medium, also looking at Pedrosa’s performance. We are happy with this result.”

With him on the front row is also Jorge Lorenzo (+0.386): “It was not simple - the Majorcan revealed - because at the beginning I felt too aggressive. Unfortunately, I was lacking that perfect lap to take the pole - he added - In any case, we were able to be strong and favourites for the race tomorrow at the same time.”

Opening up the second row is the Yamaha ridden by Maverick Viñales (+0.519) who was a half a second from the leader, in spite of the new fairing. Things went decidedly worse for Valentino Rossi (+0.747). After improving his race pace, even lapping in the high 1’24 range, the Doctor had to settle for the seventh best time in qualifying, behind Petrucci’s Pramac Ducati (+0.545) and Zarco’s M1 (+0.644), all within 99 thousandths of one another.

With Rossi on the third row is also Dani Pedrosa, just three thousandths of a second from the Doctor. Remember that the Spaniard had to go through Q1 after finishing outside the top ten in the combined standings. Ninth time for Cal Crutchlow (+0.789) ahead of Andrea Iannone (+0.950). Behind the Suzuki rider were Abraham and Baz. 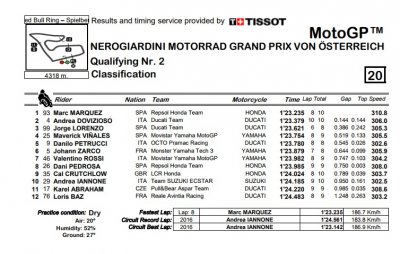