Those who expected to see two Ducatis ahead of the rest had to rethink things. Today, Jorge Lorenzo tried to size up his GP17, filing his Friday away with the fifth best time, behind Zarco and his Yamaha. His gap behind Dovizioso, however, exceeds a half a second (+0.570).

“It was not a spectacular day, but it did not go too badly either - the Majorcan began - In fact, I’m fifth, almost six tenths from Dovi. There are a lot of fast riders this time - he added - Marquez, for example, has a great pace, while Viñales has taken an important step forward. The conditions were also not ideal to push hard and find the right confidence in the corners.”

After all, he had said so yesterday – theory is much different than practice.

“If we were to compare today with the 2016 tests, there are a lot of differences. If I’m not mistaken, Marquez did not even use the new tyre and Zarco also proved to be fast. Unfortunately, I still do not feel perfect.”

Several times, Lorenzo mentions Marquez, who is one of the favourites for the win and the title at the moment. Victory by number 93 in Austria could place determining weight on the battle for the world championship.

“MotoGP is not the same championship it was a few years ago - Jorge reminded - There are a lot of riders battling, but it is also true that if Marc were to bring home more points, he would have a great chance at the title. Of course, in this sport anything can happen.”

Lorenzo is well aware of where he is struggling.

“Unfortunately, I am lacking confidence and stability in braking - he revealed - In fact, I am unable to brake late the way I would like to. At certain times, I think I am too aggressive.”

The Ducati rider also responds to Rossi. Yesterday, the Doctor said that a win by Lorenzo in Austria would allow him to salvage his début season with Ducati.

“I don’t need to salvage any season - Lorenzo said - The only thing I need to do is try to improve and grow. The rest will fall into place consequently. I certainly do not absolutely have to have a win here.”

His final comment has to do with the steps forward taken since the season start.

“I think I have improved in terms of using the rear brake, but also the fairing, as well as some chassis upgrades.” 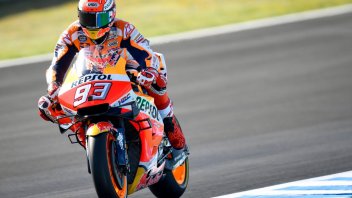 Marquez: "Lorenzo is fast here, but he's not one of my rivals here... 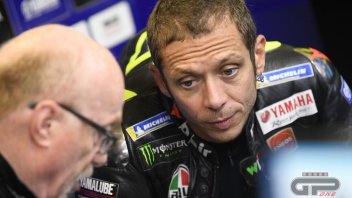 Rossi and Lorenzo's vicious circle: "The more you fall, the more you...