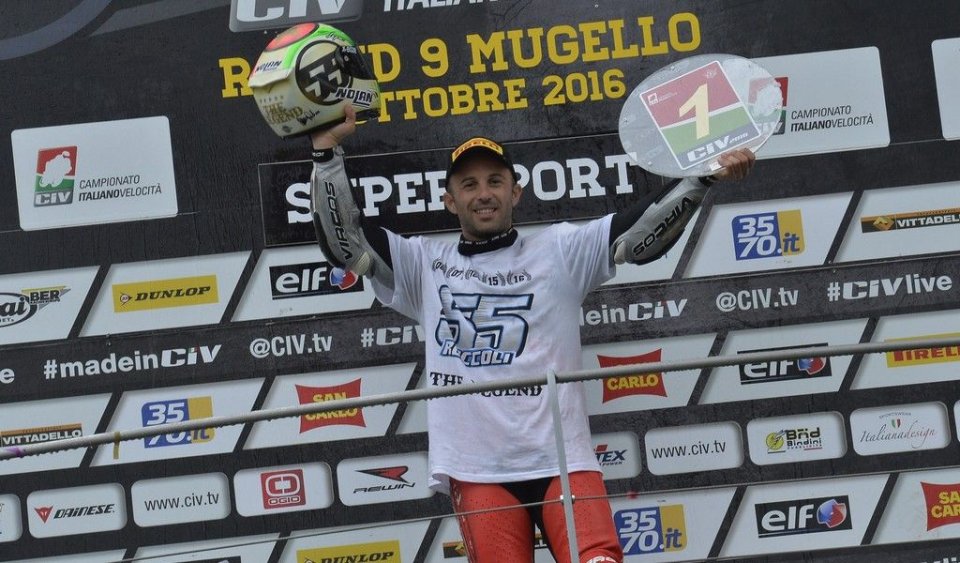 Another change in line-up for team Guandalini that, after starting the season with Riccardo Russo and have raced at Laguna Seca with Czech rider Jakub Smrz, will now work with another fast and talented rider, who's already won in Supersport in the past.

It will be Massimo Roccoli, current CIV Supersport 600 champion with the MV Agusta 675 and the holder of 4 national titles, who will race at the Lausitzring, riding the Italian team's R1. The 32-year old has not ridden a Superbike since 2005, when he competed at a Donington as a wildcard, riding team Lorenzini's Yamaha.

Roccoli is in fighting form, he won last month's CIV race 1 at Misano, a track at which he's also won a World Supersport race in the past: “Massimo is an experienced, fast rider  - comments a pleased Mirco Guandalini- we're sure we'll be able to do a good job with him, despite his lack of experience with our R1”.

Is Roccoli only racing in Germany or also at the next rounds?

“Our plan is to finish the championship with Massimo. We had other riders in mind, including Smrz and Perotti, but in the end we've chosen Massimo and are pleased to have him".

Fingers have been pointed at your R1, especially in terms of the electronic management…

“We're working hard to improve our Yamaha, for now the electronics are the same as what we had at the start of the season and the new things we're working on during testing will arrive next year”.