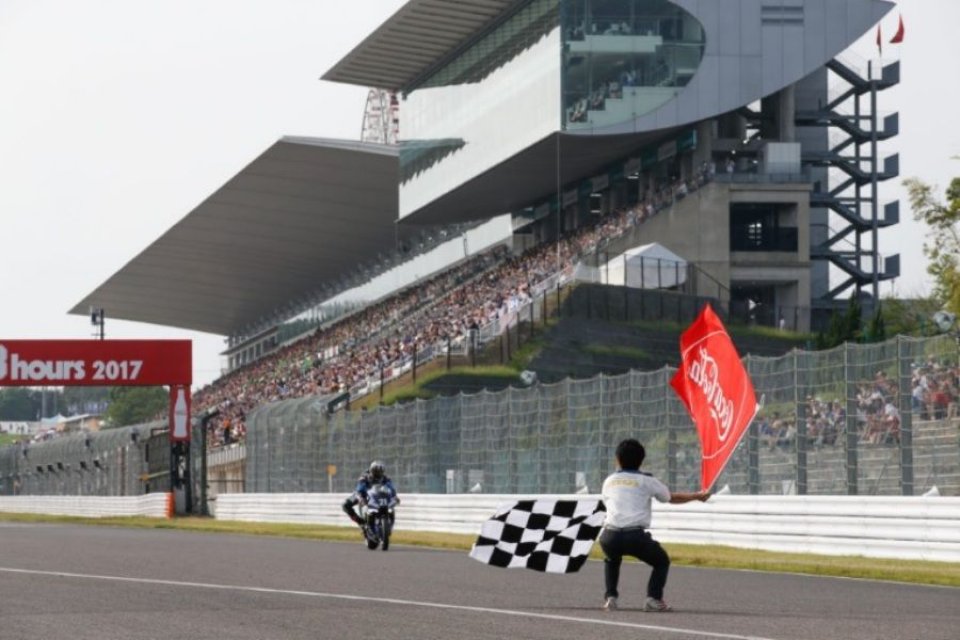 What a showstopper this Yamaha! A Saturday to remember for the Japanese manufacturer, that has scored its third consecutive pole at Suzuka during what is the 40th edition of the 8 Hours. Hats off to Katsuyuki Nakasuga, who set the fastest time in the Top 10 Trial, a 2’06”038, around two tenths quicker than team-mate Lowes.

The R1 sends a clear message, ready to aim for the trip. But let's not be hasty, as Suzuki is close thanks to test rider Tsuda. Despite a crash at the chicane for Sylvain Guintoli, his team-mate did what he could, finishing just over two tenths behind the Yamaha riders with a time of 2’06”282.

And what about the Kawasaki of Leon Haslam, Team Green's flagbearer. Once again he was able to make the difference, securing third place with the ZX-10RR thanks to a time of 2’06”381. A fantastic performance from the Brit, who closed last year's race in second place. The Ealing rider qualifies ahead of the Hondas.

It proved to be a bitter Top 10 Trial for Honda, with FCC TSR just fourth in 2’06”600, with Swiss rider Dominique Aegerter. HARC-PRO followed just 0.071 of a second behind. The team chose to leave Jack Miller, not yet competitive in terms of the flying lap, to rest while harnessing the talents of Takahashi and Nakagami. The latter proved to be the quickest.

BMW Motorrad39 were unable to reach the top ten, on track with Raffaele De Rosa, neither were the GMT94  and SERT teams. These two will fight it out for the title tomorrow. The race will get underway at 4.30am CET.