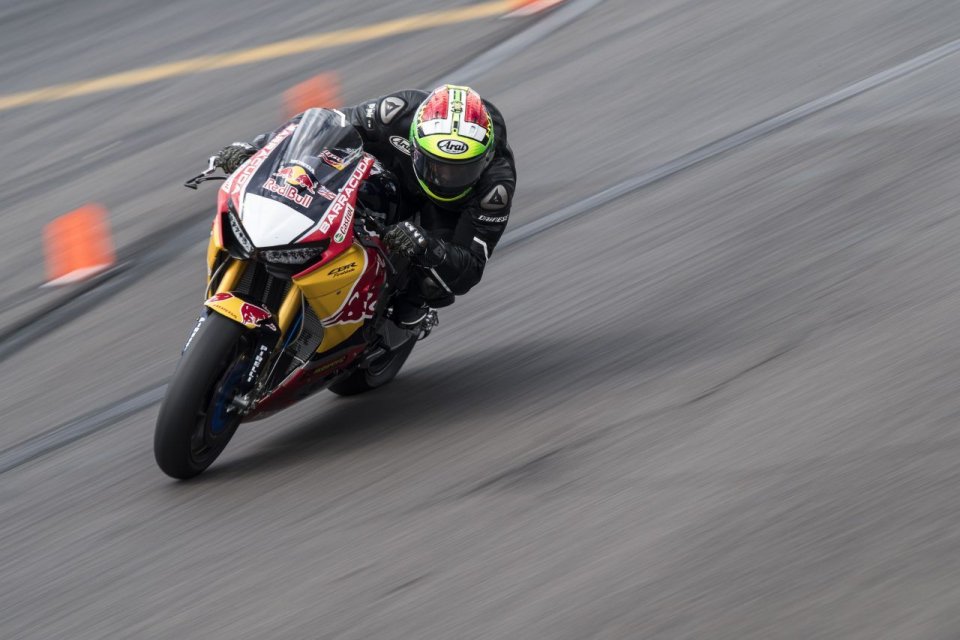 The two-day Lausitzring test saw Davide Giugliano back on track. The Ten Kate team took the decision to entrust their Fireblade SP2 to the Italian, offering him a chance to build confidence. Despite closing almost three seconds behind Rea, the Italian is pleased, because lap times were not the priority here.

Davide, there was a lot of expectation around your test.

“I have to say I'm really pleased, as this was a special occasion and I wanted to make the most of it. Unfortunately, bad weather put paid to some of our work schedule, but I was nevertheless able to complete some positive work”.

Rea was about three seconds faster. Is that a cause for concern?

“The aim was not to be fast, but to get to know the bike and build confidence. It wasn't easy because having ridden the Ducati and the BMW I had to carry out a full reset and that took time. I was able to get a general idea of how the bike needs to be ridden and the direction to take”.

You mention the Ducati. Is the SP2 so different from the Panigale?

“Incomparable, everything is different, literally everything”.

What was the most encouraging aspect of this test?

“I think that the Honda is quite easy to handle, to ride. Let's say that, unlike some other bikes, the SP2 is not one that tries to put you in difficulty. Of course there are aspects to improve, but this is a given seeing as the Fireblade is new and still needs a great deal of development. Then the track did the rest (he smiles)”.

“Unfortunately the Lausitzring has a few potholes, too many perhaps. As a result, you have to take different lines each time and it's not easy”.

As the test concludes, Chini has said you're one of the candidates for the August round.

“I would like to race and return to Superbike, there's no doubt about that. Of course I need to wait, as there's nothing concrete and this was simply a test”.

Were you a little emotional getting on what was Nicky's bike?

“Like I said, it was a test, different to the usual race context. If I had the chance to ride Hayden's bike over a race weekend, I would definitely be a little emotional".