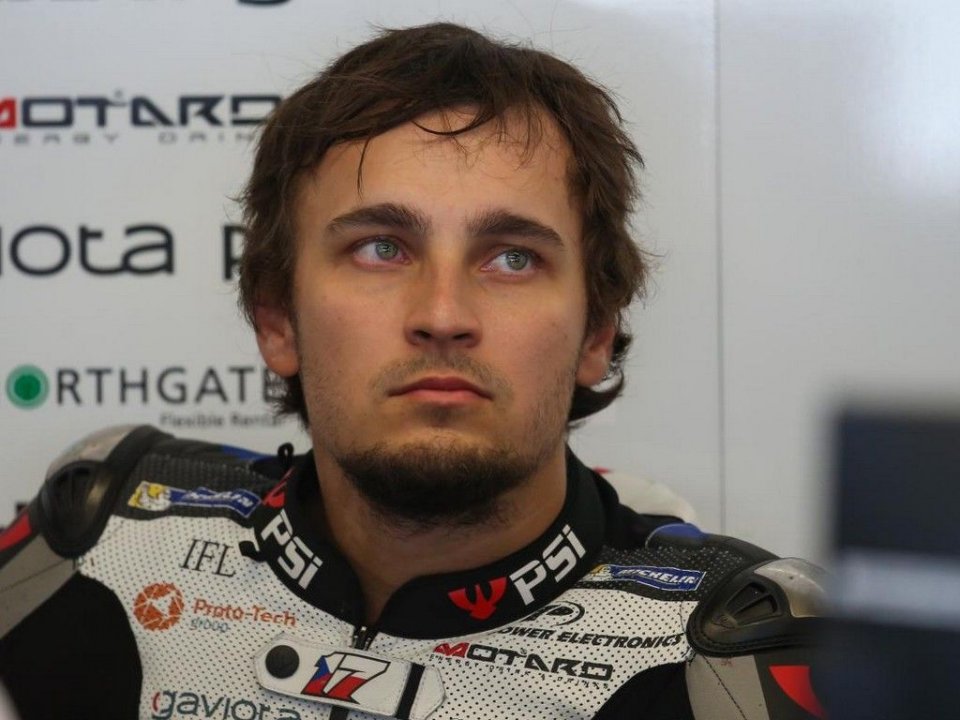 The MotoGP riders are (almost) all on holiday, but one of them in particular is training hard for the next round, scheduled to be held on the first weekend of August.

That’s right, because for number 17 Ducati rider, Karel Abraham, the Grand Prix of the Czech Republic is his home race, in every way. The raceway nestled in the green woods of Moravia is owned by his family and the Czech rider is the only representative from his country in the Top Class. “My home race is the best and most difficult one for me of the entire season - Karel confides - because the pressure of the media is so high and I am busy from morning to evening, since I am one of only two Czech riders in the championship, with Jakub Kornfeil riding in Moto3. I love the passion of the fans, but I must stay focused until the end.”

Ezpeleta wants 22 Grand Prix races in MotoGP’s future. Will yours still be on the calendar?

“We are working on it and I don’t know all the details, but I can say that we want to keep the Brno track on the World Grand Prix Motorcycle calendar in the coming years.”

Speaking of your season, it seems to be the best since you started racing in MotoGP…

“My 2011 season was really good, but yes – 2017 has also been excellent for me. Everything is working very well and I’m happy to be working with team Aspar. I like the Ducati a lot and I have had good top ten results. In other races I have done interesting times and I have battled with the riders on our level.”

What does your bike need to be fast?

“Mine is a 2015 version Desmosedici GP, conceived with the winglets (later banned by the regulations) so we have struggled to find an ideal setup on the bike since we were used to the winglets which are no longer there, but we have found the right path. Ducati only develops the GP17. I am happy with the bike and the team is working to improve it, but I would like to have a one that is more up-to-date, like the 2016.”

While you were in Superbike the Michelins arrived; do you find them different from the Bridgestones?

“There are some differences. I noticed that with the Michelins, using the same tyre sometimes the feeling is not exactly the same. In any case, the Michelins are very good tyres and fortunately I was already familiar with them, since I tried them in 2015 in Malaysia and in 2016 with the new KTM. On the Aspar Ducati I am primarily using the tyres from last year. At the beginning I struggled, but with the work we’ve done, things have improved.”

Now you also have the same ECU as everyone else… do you think it is a good solution?

“It is an excellent solution because in the past you could see big differences in lap times from one rider to another, as well as in the final result. Now we are all closer together, thanks to the unified electronics package. On every bike, the electronics work the same as on the factory bikes. There are no big differences like there were in the past. With the Aprilia, I would come out of a turn and the bike would wheelie, power would cut, it did not accelerate... power output was not stable. Fortunately, now it is not like that.”

So now the MotoGP bikes are easier to take to the limit?

“No, it is even more difficult! OK, the electronics work better than they did in the past and you can set up the bike exactly according to your own needs, but now the championship is more competitive. A lot of riders can be within just a couple tenths of one another and you can move up or lose positions in an instant. With the same electronics, now MotoGP is more difficult.”

Who do you think will win the MotoGP title?

“I have 4 names: Viñales is a great talent and he could win. Marquez is even stronger now and he is really trying. In spite of his age, Valentino Rossi is still fit. He has been racing for many years. He is fast and deserves to win his tenth title. Andrea Dovizioso is one of my favourites and I have my fingers crossed for him.”

What do you think of Jorge Lorenzo’s results?

“Jorge is struggling a bit, but I expected that. In any case, he has achieved good results, like the podium in Jerez. Jorge does not have a lot of fans, but he has always been kind to me in the paddock and I like him. As for the bike, we’ll see. He is getting used to it. Dovizioso also struggled for a couple of seasons and now he races to win. Lorenzo will do two years and he’ll get used to the Ducati. He will get faster and faster and be at the top.”

You have a one season contract with team Aspar. Will you renew?

“We are talking and working to find an agreement for 2018. I am happy with team Aspar and the bike. If it is possible, I would like to stay on this team. We’ll see.”