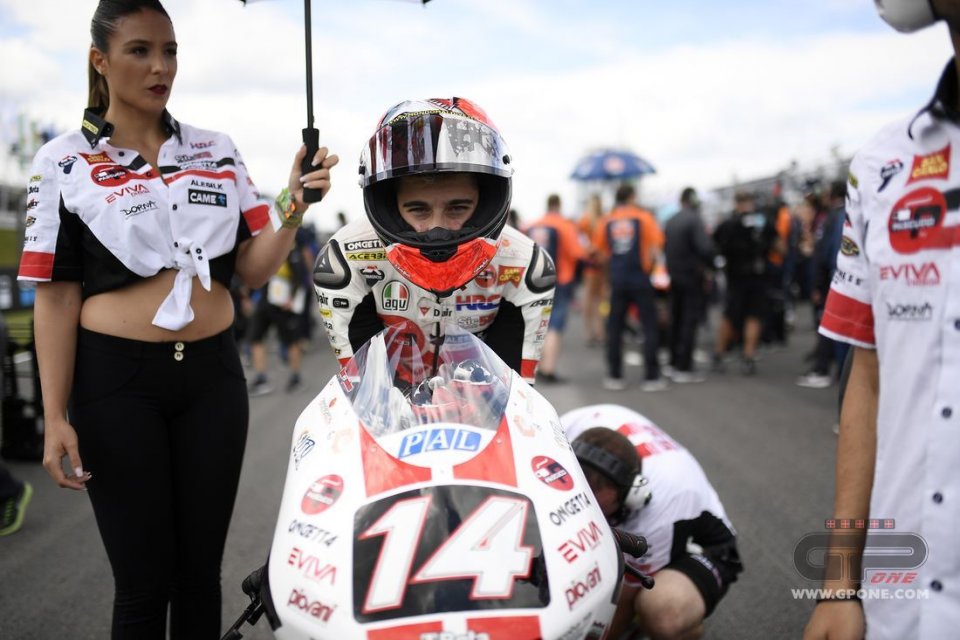 Paolo Simoncelli's team has completed its first half-season in the world championship, a debut that has brought some disappointment but also great satisfaction. Like at the Sachsenring, where Arbolino fought with the strongest before retiring from the race after a crash.

The Squadra Corse SIC58 team owner himself sums up the situation prior to the summer break.

“We're continuing to grow. With two riders almost consistently in the top ten - he comments, satisfied - A competitive and constant Tatsuki, an Arbolino who courageously took on a tough weekend after the Assen race. His acclimatisation in the championship continues and I've found I'm a good psychologist for him. After a phenomenal 6th fastest time at a track he didn't know, Sunday arrived with its usual problem. I don't know whether it was the one-to-one meeting we had or something else, but he made an aggressive start and ran a great race. He held on with the leaders, not giving up until the high side brought him down and he was forced to give up. He felt so bad about it, I'm sure he still feels bad today, we were a little... disappointed, but we're pleased with his performance”.

“Tatsuki's self-confidence injections have definitely worked too - continues - We've gone from fear to I'm the only strong guy. We're trying to find a compromise, because, as I've read somewhere, ‘it's right to try and be the best but never to believe you are’ . For the rest, the race went quite well. A shortsighted Canet didn't allow him to get past the five in front, forcing him into some hard braking and passing, in the end he battled against the strongest and finished 9th. We bring home a 9th place finish, angry but hopeful. At the start of the season, we would have been happy with this result but, you know, our appetite is growing… and we are worth more than 9th place and a great race”.