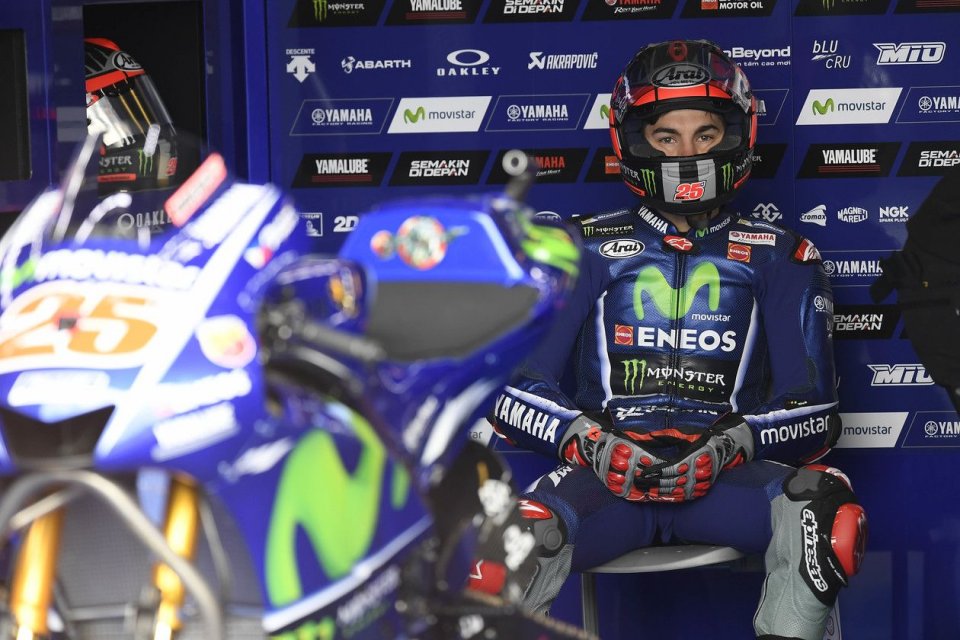 The wet is putting the Yamahas to a hard test, specifically the one ridden by Maverick Viñales who will start from the eleventh spot on the grid tomorrow alongside Andrea Dovizioso. An uphill Saturday for the Spaniard, as if it were a rerun of the film last week in Assen.

“I am suffering in the wet and I don’t understand why. Today I turned a few laps behind Dani Pedrosa to better understand the line – he recalled – I must say that our bike is very strong in braking, but we struggle too much on the slow corners. The electronics package is not working well and we need to find a solution as soon as possible.”

Here in Germany you have the two frames.

“They are rather similar. One has more traction, whereas the other has more agility –Maverick explained – As I already said, I think that the biggest problem is the electronics, especially opening up the throttle. I feel too much spinning and we suffer.”

There is, however, an aspect that gives him confidence.

“In the dry I think I have a competitive bike, even if I need to improve a bit in the second sector.”

The script today is reminiscent of the one seven days ago.

“Tomorrow will be a race very similar to Assen – he predicted – I’ll need to give it my all from start to finish. Tyre management will be important in the dry.”

As for the tyres, Maverick has very clear ideas.

“I do not think that the hard will go race distance – he pointed out – Maybe the medium is better. You can go faster with it.”

Lastly, the Marquez story, with the contact in qualifying that was all the talk today.

“Marc was in the middle of turn 1 and I overtook like I could – he recalled – I wanted to do the lap behind Crutchlow, but on the following turn he slowed me down. It is something that I would prefer to set aside since it was in qualifying, but I’ll pull it out in the future if I need to.”

Viñales doubts the good faith of his compatriot.

“It is hard to think that he did not do it on purpose – he pointed out – Nothing happened, but from now on it is clear to me where our limits are. If he is trying to provoke me, it won’t work.”