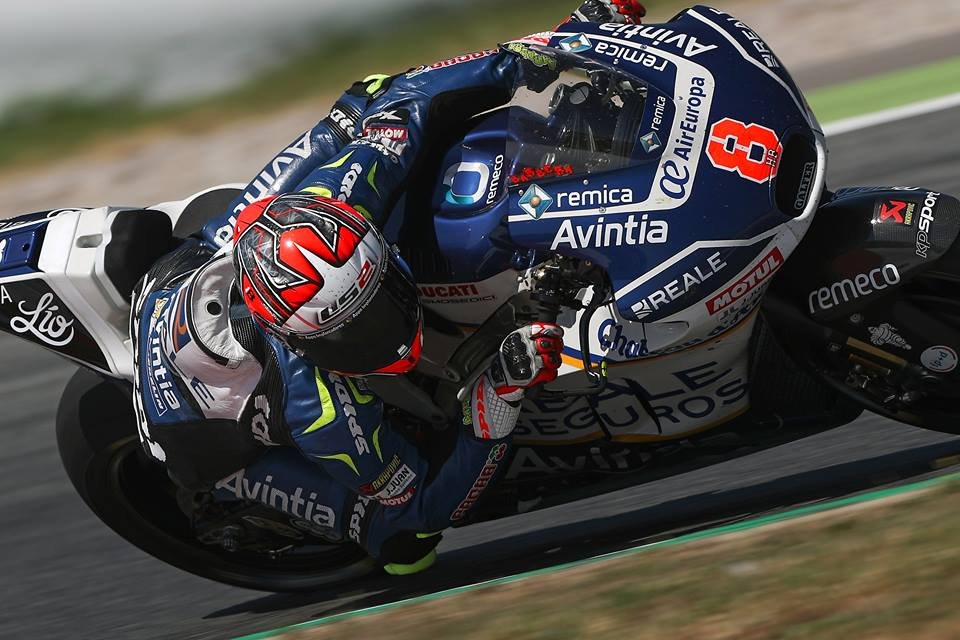 It was forecast and arrived right on schedule. Intermittent rain conditioned the second free practice session for the reigning class, sending riders' plans up in smoke. No-one was able to improve on their times set during the morning and now they must hope for a dry FP3, because otherwise this morning's times will be the only ones taken into consideration.

In the afternoon, the surprise proved to be the Ducati of Hector Barbera, who on his last attempt moved ahead of Marc Marquez, by just 0.063 of a second, stopping the clock on 1’28”115. Behind the five-time champion is his team-mate Dani Pedrosa (+0.353), who set the exact same time as Danilo Petrucci. The Aprilia of Aleix Espargarò is also close to the top of the timesheets, confirming its competitiveness in the wet (+0.412) to finish fifth ahead of the LCR Honda of Cal Crutchlow (+0.501).

Championship leader is there too. Despite being six tenths from the front, Andrea Dovizioso (+0.638) finished in seventh place. His team-mate Jorge Lorenzo is also inside the top ten (+0.902), having closed twelfth this morning. The Majorcan is tenth behind Sam Lowes on the Aprilia. An encouraging sign for the Brit in these conditions.

It's strange to see only one Yamaha in the top ten. The best is that of Jonas Folger, able to finish eighth (+0.873). His team-mate Zarco is down in eighteenth place, having also suffered a small crash.

It was an uphill climb for the two factory Yamahas. Valentino Rossi (+1.434) was out on track with the old frame on his M1, unable to do more than fifteenth place behind Kallio (+1.331). The Doctor is now at risk because if it rains in FP3, he'll have to compete in Q1. Maverick Vinales (+1.902) used both frames, but the water highlighted his limits, and he had to settle for twentieth place, almost two seconds from Barbera.