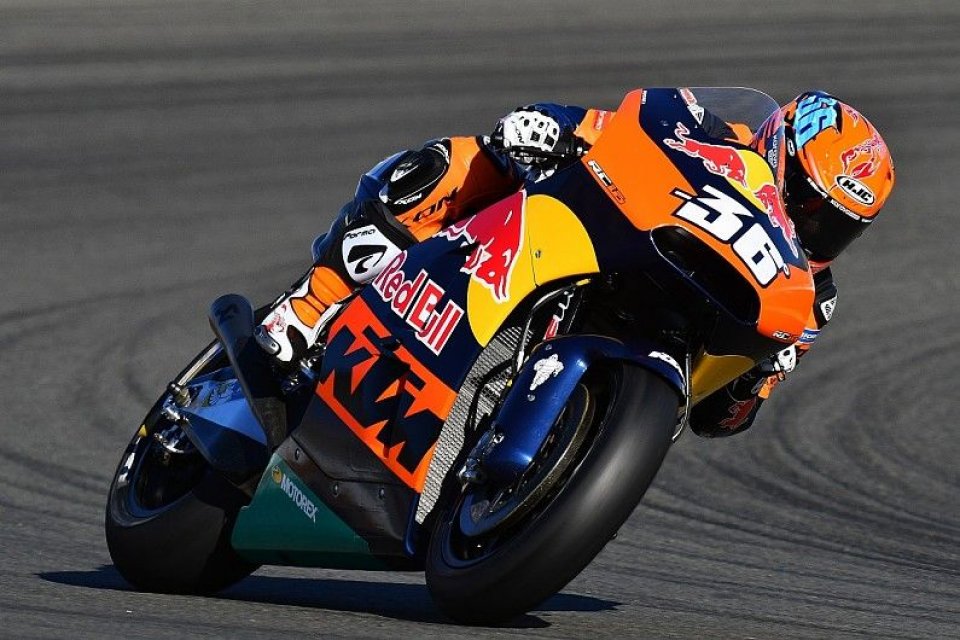 KTM's commitment to the world championship increases day after day: the Austrian manufacturer has an official presence in Moto3 with its 250cc single cylinders, supplied to many teams, is continuously developing a bike with a brand-new trellis frame in Moto2, with the help of Oliveira and Brad Binder, and races with a factory team in MotoGP, with riders Pol Espargaro and Bradley Smith, who race with a bike that was built entirely in Mattighofen.

Ahead of the two German-language Grand Prix, that of Sachsenring in Germany on 2 July and the Red Bull Ring even in mid-August, the Austrian manufacturer has scheduled two extra events for test rider Mika Kallio, who will take part in both GPs as a wild card.

The 35-year old Finnish rider, who was a wildcard at last year's Valencia race on the debuting KTM RC16, has taken part in 234 world championship races, including 16 wins across 125, 250 and Moto2, the category in which he took the title in 2014 with the Kalex. In MotoGP, Mika raced with the Ducati Desmosedici in 2009 and 2010.

Kallio could really help Espargaro and Smith, currently placed twenty-second and twenty-third (both on 6 points) in the riders' standings. The only man behind them is Sam Lowes of the Aprilia team with two points.

Among the other teams, Webike SRC Kawasaki France Trickstar (EWC champions) and Moto Ain (Superstock champions) will use the French tyres
2 days 56 min ago

He tells of the horrendous crash in which he nearly lost his life and recounts tales of gangsters, glamour models and glory in one of the most...
2 days 9 hours ago

VIDEO - The two brothers will wear special graphics to show their solidarity at this time. Helmets, gloves and boots will then be auctioned off for...
3 days 6 hours ago