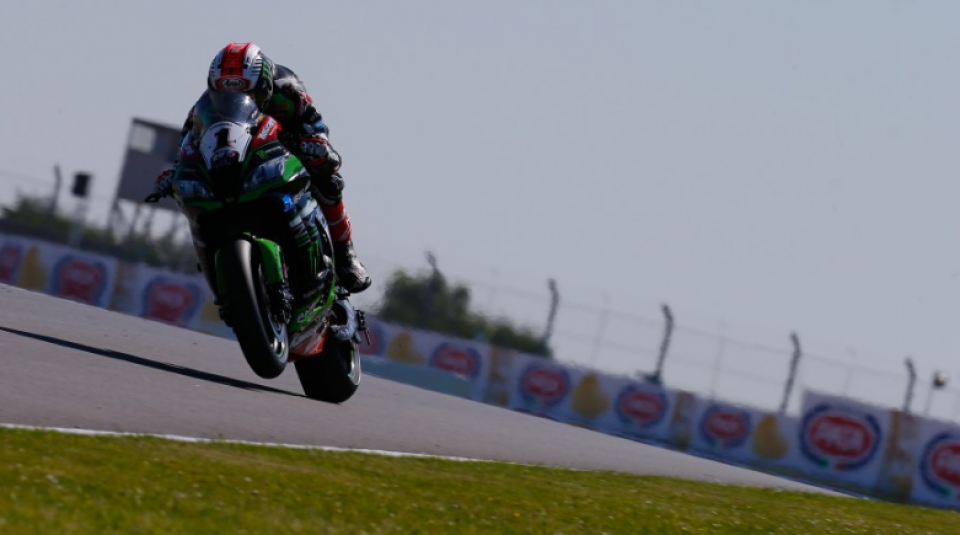 A change of session, but the class leader under the English sun is still the same man. We're talking about Jonathan Rea, who has proved to be at ease on the undulating Donington track, setting a best of 1’27”740 that puts him at the head of the pack.

Just over a tenth behind the Northern Irishman is his team-mate Tom Sykes; just like this morning, the Kawasaki riders were not just the leaders, but also the only pair able to duck under 1’28. Chasing the pair is another Kawasaki, or rather wildcard Leon Haslam (+0.399), followed by the Ducati of Chaz Davies (+0.426) and that of Marco Melandri (+0.448).

In sixth place is the fifth of the British contingent, or rather Alex Lowes, who also suffered a crash though without consequences, who finishes ahead of team-mate Van Der Mark and the Aprilia of Tati Mercado, who also fell during the session. Roman Ramos continues to surprise on the Kawasaki, ninth, while Lorenzo Savadori rounds out the top ten (one second from Rea) ahead of Leon Camier on the MV.

Further down the standings, Alex De Angelis is 14th ahead of the Torres – De Rosa Althea pairing, while Stefan Bradl brings the only Honda on track to 17th place. Russo and Badovini are struggling, third from last and last respectively. 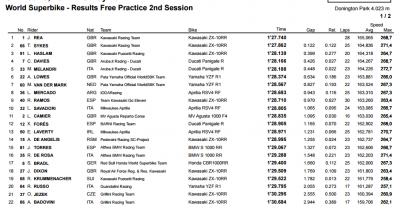