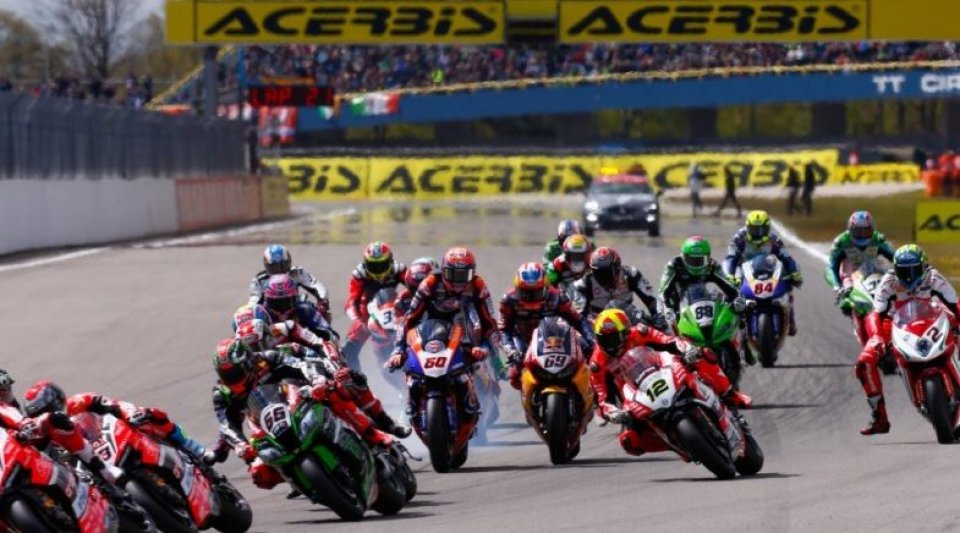 The World Superbike round didn't disappoint. There were 21 riders on track ready to battle it out. A number that, to put it bluntly, might seem low if we compare it to the 25 of previous editions. There's no point drawing parallels with the 2001 event, when there were 30 riders on the grid. We are well aware that that was a different era, with none of the current economic difficulties.

It would definitely be interesting to see a larger grid. Superbike deserves it, and its public even more so. We've tried to come up with a solution to the problem, speaking with some of the paddock's key figures.

Ernesto Marinelli was clear: “I think it's something to reflect on for the future. Superbike definitely doesn't need 30 riders on the grid though – he revealed - that would be too much, and dangerous considering the power of the bike, obviously 21 is low and it's a shame for the many fans. The solution would be to encourage the growth of satellite teams – commented the Ducati SBK manager- as right now they are making up the numbers. I think that's the path to take in coming seasons”.

Guim Roda also voiced an opinion: “I think that today the right limit would be 24 riders, no more – commented the Kawasaki team manager - it's a safety issue mainly, because these bikes have 220 hp and the risk would increase. We're missing three riders and Dorna needs to find a solution – he added - they need to work on the championship's image and try to help teams financially-speaking. Each factory team should have at least four satellite bikes – he revealed - more or less like in MotoGP. It would be a first step”.

Essentially, Kawasaki and Ducati have similar ideas, while Pieter Breddels of Honda adds more: “It's really strange, because there are many manufacturers in the championship - he stated - perhaps teams racing in the Stock need to be given more possibilities, and the regulation also needs to be changed, with teams discussing this with Dorna”.

Finally, Andrea Dosoli: “I agree that 21 is a low number, we need to discuss it with Dorna. Right now, I don't know what the answer is”.