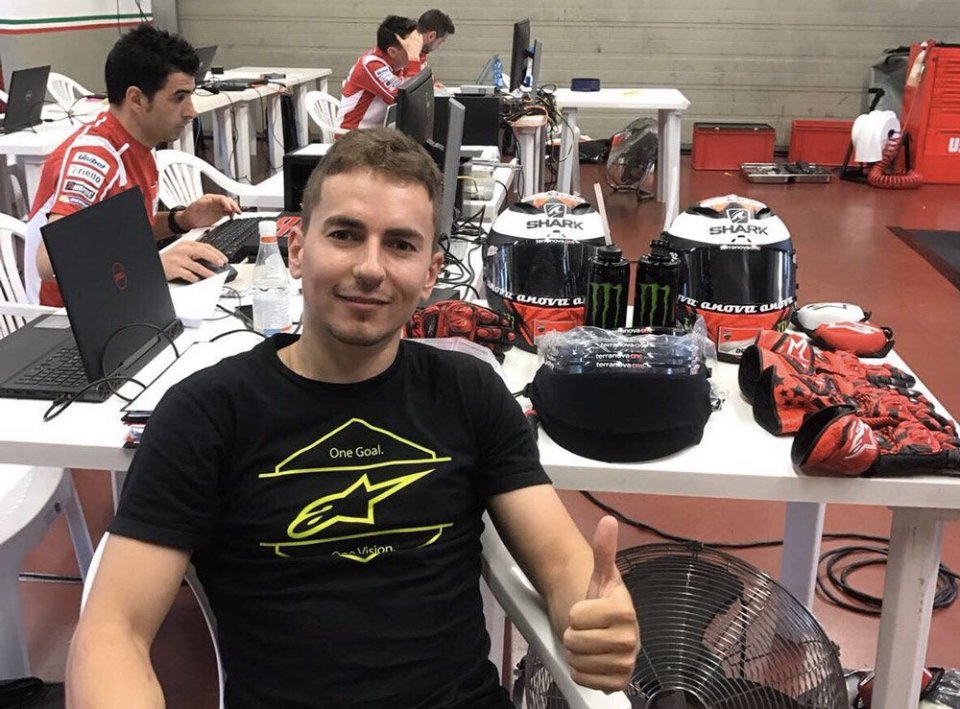 The factory Ducati team stopped off at Mugello before leaving for Le Mans. The Tuscan track was the setting for a private test day, in preparation for the Grand Prix taking place on June 4.

Both Jorge Lorenzo and Andrea Dovizioso were out on track, alongside test rider Michele Pirro. Unfortunately, after rainfall the night before, the track was not in the best condition during the morning, forcing the riders to wait for the asphalt to dry. Sun in the afternoon allowed them to complete some important tests.

By the end of the day, Lorenzo had completed 63 laps, Dovizioso 70.

“We focused particularly on set-up in order to best prepare for the race-  explained team manager Davide Tardozzi - There was nothing really new on the Desmosedici GP17 and we haven't tested the new fairing”.

Lorenzo and Andrea were able to use the 2016 front tyre though (the one with the stiffer carcass) in order to provide Michelin with more data after the Jerez test last week.

“Their impressions were similar to Spain - continued Tardozzi - Jorge doesn't like it, Andrea doesn't find much difference between the two”.

We recall how at Jerez, in fact, the Ducati riders were quite negative about the possibility of using the "old" tyre. Lorenzo and Petrucci tended towards a ‘no’, while Dovizioso remained neutral. Voting 'yes' were, among others, Marquez, Crutchlow and Aleix Espargarò, while Valentino is also in favour of the 2016 tyre, though he said he expected a bigger difference, as did Iannone.

Ducati has another private test planned at Barcelona after the French GP.

Marc wants to create a community that unites all of his fans: "I need to have them close in this very important year"
1 hour 9 min ago

The first of four episodes will be available starting January 27th, while the final episode will be released on February 7th. For now, it’ll only be...
1 week 2 hours ago