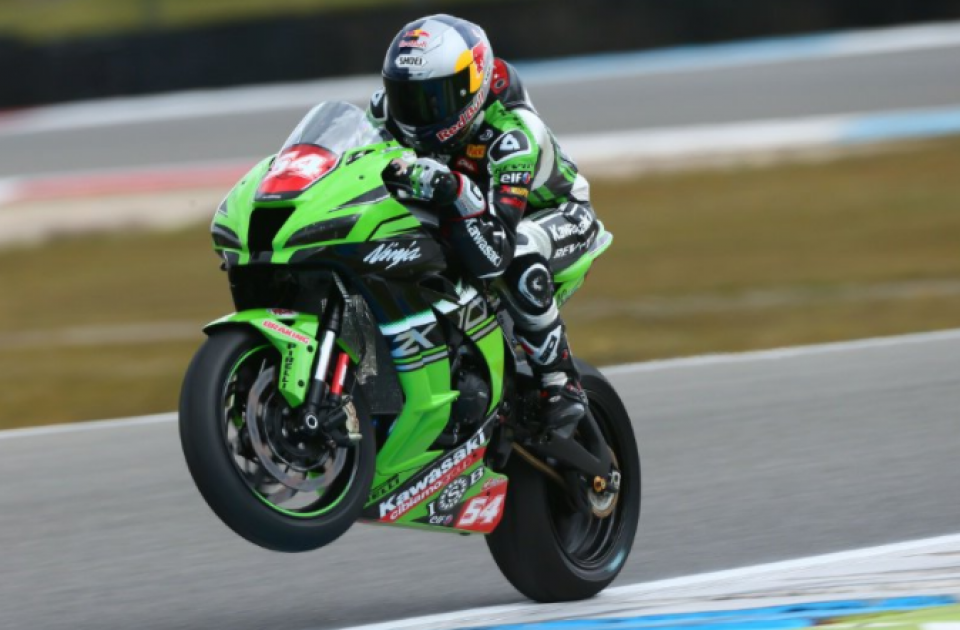 At Assen, Superstock 1000 speaks Turkish. In fact, after Sofuoglu’s victory in Supersport, his pupil, Toprak Razgatlioglu, imitated the teacher to win the second round of the season. A shortened race of just nine laps, interrupted after just one lap due to an accident on the last section involving a few riders, including Marvin Fritz, who appeared straight away to be in serious condition and was taken directly to the Groningen hospital.

Back to the race, Razgatlioglu managed in just a few laps to create a gap of more than a second that let him win easily ahead of Michael Rinaldi, second over the line and still leading the championship. Finishing on the third step of the podium was Florian Marino who, after two days of top level practice, struggled to battle for the win, but was able in any case to cross the line ahead of Dutchman De Boer, fourth.

Fifth place went to Jeremy Guarnoni, who got the best of a crowded group of rivals, finishing ahead of Mykhalchyk, Scheib and Suchet. Ninth place went to Roberto Tamburini, involved in the accident in Race 1 but able to restart, whereas Luca Vitali rounded out the top ten astride his Aprilia. Just outside the top ten came a row of Italians led by Federico Sandi, who also was able to restart like Tamburini after the accident, followed by Luca Marconi and Kevin Calia who, in any case, rode his fledgling Suzuki to a points finish.

Nocco and Manfredi wound up in the gravel, whereas Marco Faccani was not able to participate in the Race 2 after crashing on the second lap of Race 1. The same fate was reserved for Mike Jones and, as already mentioned, Fritz, involved in the accident that triggered the red flag. 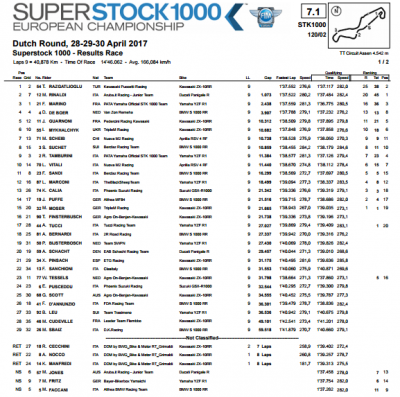