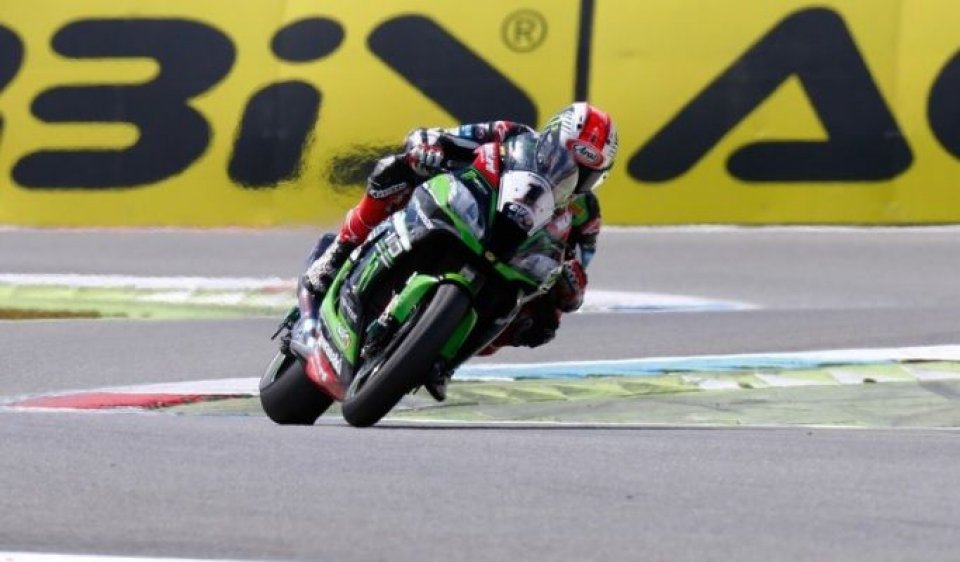 It looks like the others cannot do anything about Johnny Rea. The Northern Irish rider scored another jackpot at Assen, earning his seventh win of the season. This despite his team-mate Tom Sykes doing all he could to beat him across the line. #66 was so close he could smell it, but was eventually pipped to the post by Rea by just 0.025 of a second.

The Cannibal leaves the TT track on a high: “I feel at home here in Holland – he revealed - the wind was definitely the main problem during the race, it was as if the bike was floating. I suffered more than expected with the front  – he added – but congratulations to Sykes on a great race”.

Tom can only be consoled with second place: “It was a tough race – he commented - especially in those sections with the chicane. The wind definitely didn't help either. I think this second place is significant after the physical problems I've been having”.

Chaz Davies returns to the podium after Saturday's retirement. The Welshman was caught up in traffic through the opening laps, due to the reversed grid, and forced to watch the two ZX-10Rs break away. There is disappointment on his face:“I tried to push, but the bike wasn't working as I'd hoped – he explained – I was lacking confidence with the front, and it was impossible to close the gap to Rea. I'm upset but pleased with the result”.

van der Mark just missed the podium, fourth, followed by Lowes, Camier and Torres, eighth for Laverty and then the Hondas of Hayden and Bradl. A race to forget for Melandri, who crashed and was forced to retire, the same went for Savadori on the Aprilia. No Italians made the top ten, the best placed was De Angelis, fifteenth, ahead of Badovini and De Rosa.