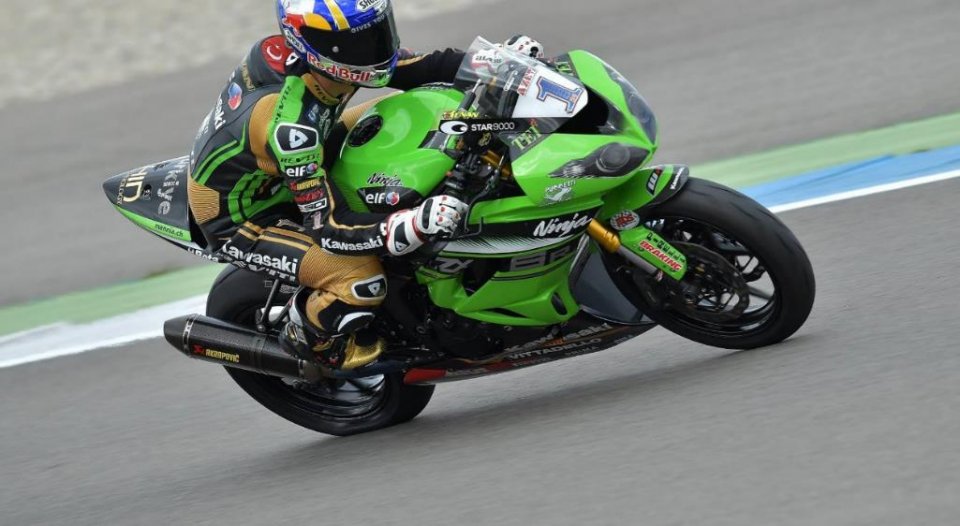 Kenan Sofuoglu is back in shape and it shows. The Turkish world champion, having dominated in practice, scored the 600 Superpole thanks to a perfect lap, setting a new track record for the Supersport category with a time of 1’37”805, unbeatable for his rivals.

American PJ Jacobsen came in in second place with the MV Agusta 675, having led for a good part of the session, before being usurped by Kenan. A surprising third place for Canducci with the Kawasaki ZX6R of team Puccetti, not so much for the lap time, 1’38”556, but after what happened yesterday, Michael crashed out through a fast turn, totally destroying the bike. The rider did well do get back on and be so determined, as did the team, reacting as it did in a difficult situation.

Frenchman Lucas Mahias opens row two with the first Yamaha R6 2017, ahead of the first Honda CBR, belonging to fellow countryman Jules Cluzel. South African Sheridan Morais rounds out the second row with the 2016 version of the R6.

Luke Stapleford, seventh with the Triumph, ahead of Kyle Smith with the CBR, who precedes Federico Caricasulo, ninth, with the second 2017 Yamaha.

Kyle Ride, Soomer, Gino Rea and Nikki Tuuli all came in ahead of Christian Gamarino, fourteenth, followed by Robert Hartog and Roberto Rolfo. 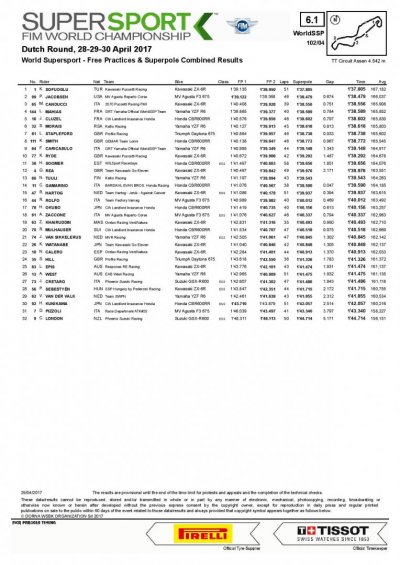