To be able to watch trackside while Marco Melandri trains with a road bike, is really something: the Italian, at the small track of Castelletto di Branduzzo, passes the other riders as if they were stationary, he sticks exactly to the trajectories through the slow turns and opens the gas much earlier than you could possible imagine: "seeing as I had to give up MX after all the accidents, my only bike training now is with my Ducati road bike - reveals Marco between one 'Piega & Spiega Day' track session and another- and there's nothing better than a standard Panigale to keep you fit, particularly at small, twisting tracks like this one - I'm having fun and working at the same time, focusing on what I need to do”.

After suffering a blow at Aragon, how are you feeling?

“It was a normal crash, it's just that, in rolling in the gravel, I hurt my neck and throat; fortunately we ruled out any vertebra damage but they told me to rest as a precaution. And now I'm really good, 100% fit."

In the first three rounds you've achieved several podiums, what was it that prevented you from winning?

“Perhaps having not ridden last year is limiting me a little, because you fall out of the habit of fighting. In practice I lap alone and am able to be fast and consistent. But I'm improving in the race too - if we can put the final pieces in place, I'll be able to be aggressive in the final laps too”.

What aspects of the Panigale SBK need improvement in order to fight with the Kawasaki?

“It's many small things: at Aragon I suffered unexpected front tyre wear, something that hadn't happened before. We need to work on set-ups, from the electronics to the chassis, to be able to improve corner entry and to have a more agile bike. The Aragon crash caused me to lose a day of testing but at Assen we'll start over”.

Assen, in fact, will host the fourth round of the SBK season. It was at this difficult and selective track, nicknamed the "university", that a very young Melandru won his first 125 GP with a Honda in 1998, at just 15 years of age: “from when i first won up until now, Assen has undergone many changes - points out Marco- unfortunately the track, especially in the first section, has lost its appeal and is not so difficult. The second section is still interesting though. I've always been strong at Assen and when you bring home a good result it's easy to like a track”. 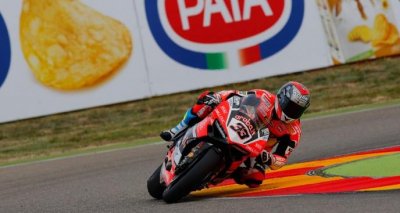 So what it your goal?

“I want to fight for the podium again and get closer to Rea and Davies. I hope that the races will be dry but I'll be sure to be ready even if it's rains”. 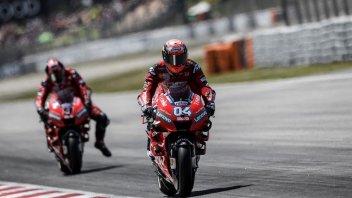 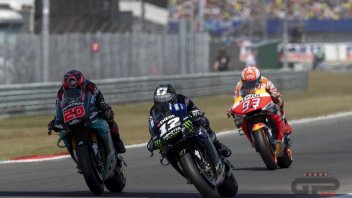 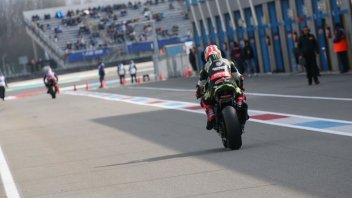