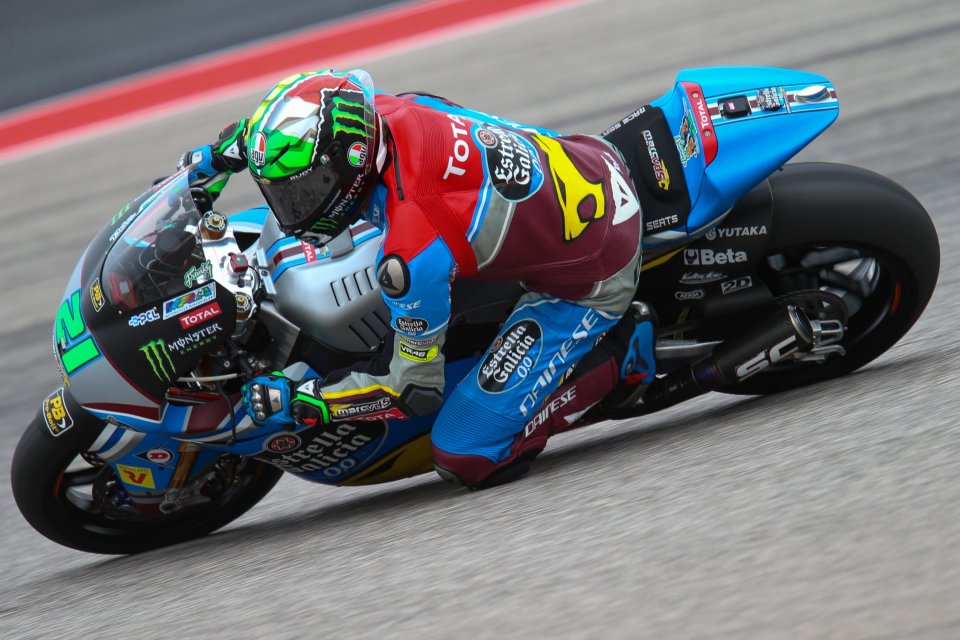 Three out of three. Franco Morbidelli does a hat trick at Austin with a victory that was exactly the same as the one achieved in the first two Grand Prix races of the season: a perfect start, decisive overtaking, a hammering rhythm and uncatchable for anyone who may want to disturb him. It would seem that this year the team Marc VDS rider has something more than the others, as his Dunlops show, never excessively worn by his Honda powered Kalex.

Now Franco can no longer go unnoticed: he is the first Moto2 rider to win the first three races of the season and as of today, his rivals will see him as the man to beat. If Morbidelli is able to win in Europe as well, at the first race in Jerez, it will be difficult for his rivals to keep the pace: “I wanted to create a gap ahead of my adversaries and I succeeded - Morbidelli said - so I kept my pace, winning on this difficult track that I love.”

Luthi finished second once again today. The Swiss rider is still one of the best, but his year he has been unable to win a race as of yet. The same is true for Japanese rider Takaaki Nakagami: fast, but not super-fast, at least not as fast as Morbidelli. In Austin, Alex Marquez once again suffered from the wear of his Dunlop tyres.

It was a good sixth place for Portuguese rider Oliveira with the new (in terms of chassis) KTM. Simone Corsi finished with an outstanding seventh astride a Speed Up. Luca Marini crossed the line tenth behind Vierge. Fabio Quartararo was twelfth between Syahrin and Simeon. Francesco Bagnaia finished just outside the points and Andrea Locatelli was twenty-second. It was an unlucky race for Pasini, who crashed on turn 1. Manzi and Baldassarri also crashed, but while the Italtrans rider was able to rejoin Stefano and Lorenzo did not finish the race. 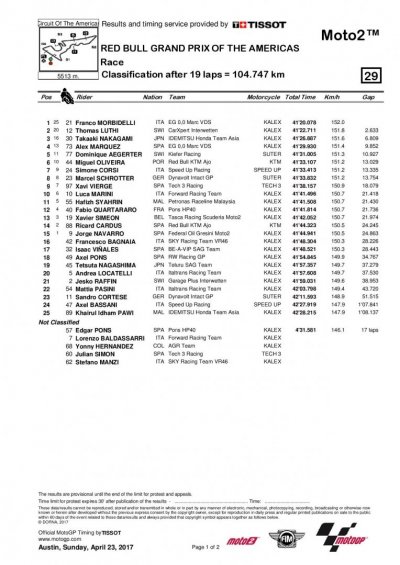