Flavio Briatore has always been one to speak his mind. The former Renault team principal, speaking during a broadcast on Radio 24 “Tutti convocati”, touched on the subject of Valentino Rossi while discussing Fernando Alonso.

“I think that Valentino has got older, as we all do, and has these young guys biting at his ankles. Valentino is a great champion and if he wasn't, I don't know how many people would be interested in the championship. In that championship Valentino is the director, the promoter, the producer, he's done it all. Valentino is still fighting, if I were him and saw that I was no longer competitive, I'd finish up the year and then stop. In Formula 1 it's different, but with bikes your reflexes come under incredible stress. He was the best and is still the best, he's done it all, been director and producer”. 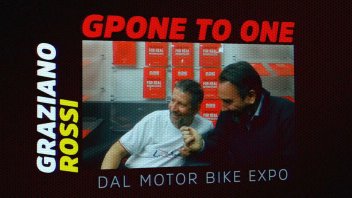 Graziano Rossi: me, the love for drifting and Valentino

After winning the first instance of the trial brought by the two former custodians of the villa in Tavullia, the outcome has been reversed on appeal
1 day 45 min ago

Spaniard, Italian and New Zealander set for induction into the Hall of Fame in 2020 Jorge in Jerez, Maz at Mugello and Hugh later in the year
1 day 23 hours ago

Last week a member of the MotoGP family lost his life.Here are the details of his funeral and a link to a memorial fundraising page in honour of Gary
3 days 17 hours ago

The riders had complained about too many holes: new asphalt for Turns 1, 2, 9, and from 16 to 19, including the return straight.
4 days 22 hours ago