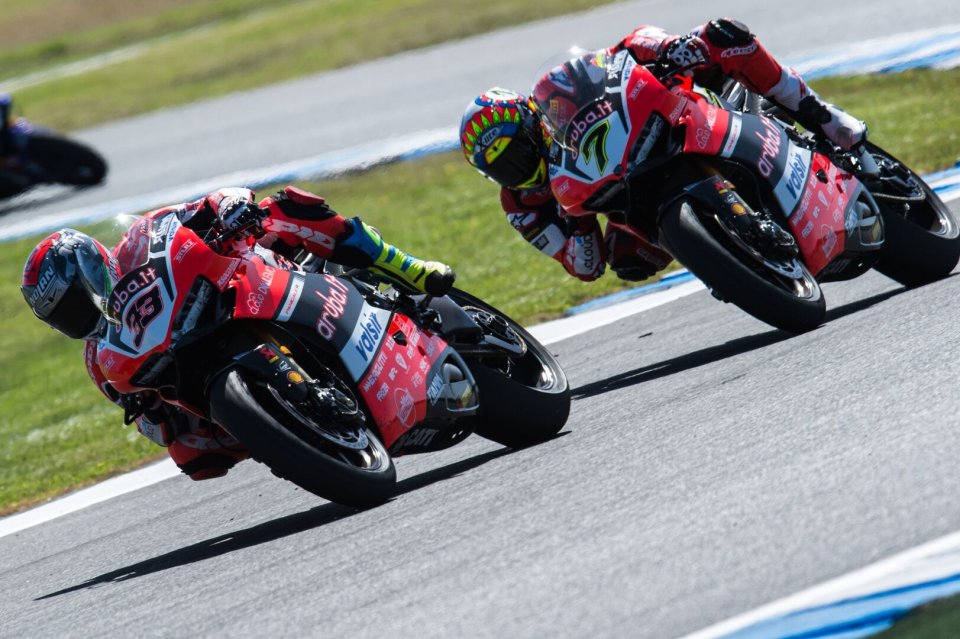 The race for the top spot begins at Buriram. This time, Chaz Davies and Ducati head to Thailand with just ten points to make up on the leader, unlike last year. In Australia, the Welshman demonstrated a mixture of intelligence and consistency, enough to stay on the Kawasaki rider’s pipes. In fact, number seven’s facial expression exudes confidence. “We began the season well and I can’t wait to get back on the track – the rider commented – I don’t think that we have ever used the ideal setup in the past for my Panigale R in Thailand but with the information we have now, we know what configuration to use. I am anxious to try the 2017 version bike on this track.”

The long straights on the Chang track do not seem to worry him. “I don’t think they will be an obstacle like they were in the past – he revealed – we have made progress in terms of power. The track demands a lot of the tyres and racing there is always difficult because of the heat, but expectations are high.”

On the other side of the garage, Marco Melandri is approaching his first contact with the Thai track. In fact, for him it will be his début appearance at Chang. “I have never raced there, but the track seems nice and easy enough to learn – he commented – I think that the asphalt is an important variable to interpret because watching the races on TV it seems to me that the riders took some particular lines. And then the heat is also an element to bear in mind.”

The rider from Ravenna has some very clear ideas about this second round. After his podium at Phillip Island, he aims to keep his results consistent. “We have already had a meeting with the mechanics because the Buriram circuit has some specific needs in terms of the settings – he added – It will be important to do well from the beginning of the weekend in order to sort the bike in the best possible way, not so much for Superpole, but for the race.”