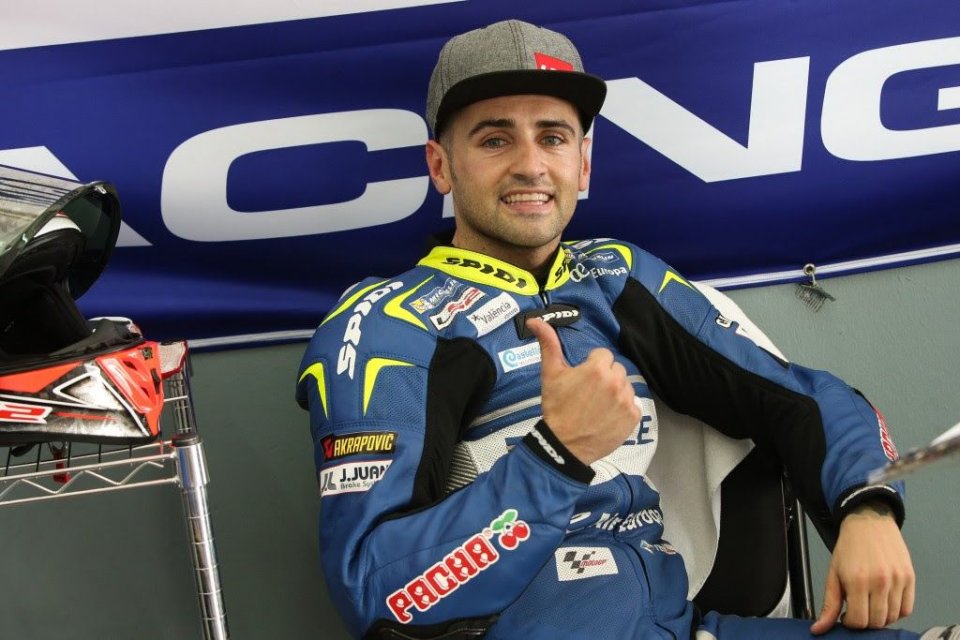 Following an injury suffered while training in Valencia on a small bike, Hector Barbera underwent surgery for a fractured collarbone. The operation was performed in Barcelona at th Hospital Universitario Dexeus by Dr. Xavier Mir.

The surgeon placed a 6-hole titanium plate and fix the three smaller fragments with screws of small fragments. The operation lasted an hour and a half and was made difficult because of an old callus from a previous fracture in the same collarbone, occurred when Hector was still in his teens.

The team Avintia rider will stay in the hospital for 48 hours and he will be able to begin rehabilitation in 4 or 5 days. His participation in the Qatar test (scheduled from 10 through 12 March) is still in doubt, but he will certainly have no problem to race in the first Grand Prix of the season, also scheduled to be held in Losail.

Xavi Vierge to undergo surgery to his right hand on Thursday